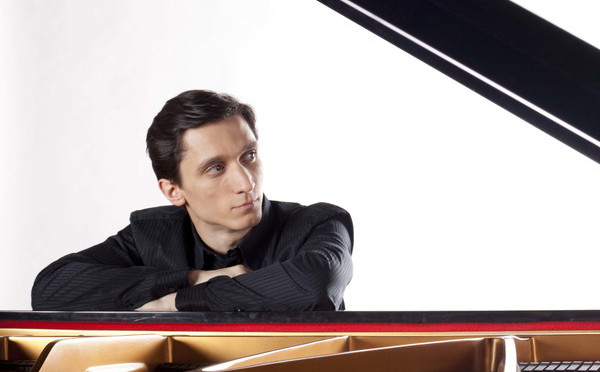 4 February 2016 | The Tchaikovsky Concert Hall Subscription series №13 Soloist– Alexander Romanovsky, piano Conductor – Vladimir Spivakov Rachmaninoff . Piano Concerto No. 2 in C minor, op. 18; "Simphonic Dances", op. 45 BUY TICKET The Philharmonic subscription series of the National Philharmonic Orchestra of Russia at the Tchaikovsky Concert Hall is closing up with a Rachmaninoff concert led by Principal Conductor Vladimir Spivakov on the podium and pianist Alexander Romanovsky as the soloist. "Rachmaninoff is a universe full of majesty and infinite mysteries yet to be discovered to people", - says Vladimir Spivakov in whose repertoire the legacy of the great Russian composer occupies a special place. Recently he has recorded with the NPR such Rachmaninoff's works as the "Spring" Cantata, "The Bells" Symphony and "Three Russian Songs". The Maestro is planning to record all Rachmaninoff's Piano Concertos with Alexander Romanovsky. In an article in The New York Times about the best contemporary pianists, Alexander got distinguished from many others not only due to the amazing perfection of his playing, but also due to his artistic personality and his noble taste. At present he lives in Italy. "According to conductor Carlo Maria Giulini, with whom I agree, after Arturo Benedetti Michelangeli and Maurizio Pollini there has been no such a pianist as Alexander in Italy, "- says Vladimir Spivakov. Alexander Romanovsky (b. 1984) is the Grand Prix winner of the III International Vladimir Krainev Competition for Young Pianists in Kharkov, the winner of international competitions in Bolzano (Concorso Pianistico Internazionale Ferruccio Busoni) and Cantù (Concorso Internazionale per Pianoforte e Orchestra) (Italy), a prize winner of the XIV International Tchaikovsky Competition. He graduated from the Academia Pianistica Internazionale “Incontri col Maestro” in Imola (classes of Leonid Margarius) and the Royal College of Music in London (classes of Dmitri Alexeev). In 1999 he was awarded the title of Honorary Academician of the Accademia Filarmonica di Bologna for the performance of "Goldberg Variations" by Johann Sebastian Bach (at the age of 15 the title was granted only to Mozart and Rossini). In 2007, the musician signed a contract with Decca which has released his albums with works by Schumann, Brahms and Rachmaninoff; in 2012 he was nominated for a Grammy award. Romanovsky is the Art Director and Co-Chairman of the Jury of the Moscow International V.Krainev Piano Competition.