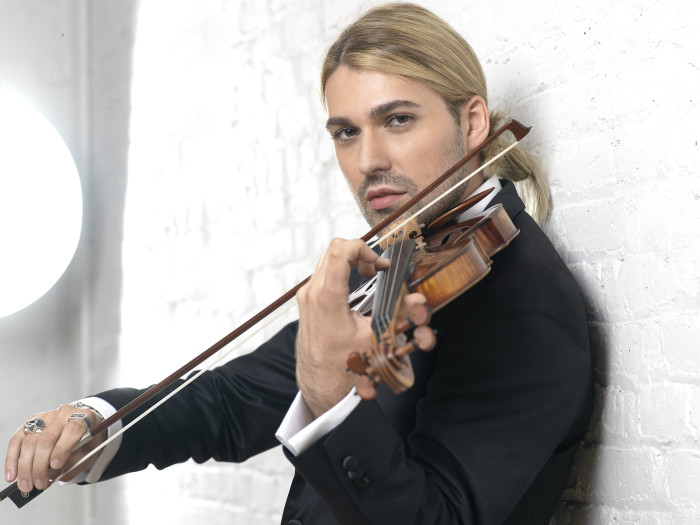 May 23, 2016 | The Tchaikovsky Concert Hall Soloist - David Garrett, violin (Germany) Conductor - Vladimir Spivakov Tchaikovsky. Concerto for violin and orchestra in D major, op. 35 Tchaikovsky. Symphony no. 4 in F minor, op. 36 BUY TICKET Closing the current concert season, the National Philharmonic Orchestra of Russia under the baton of Vladimir Spivakov will perform again with German violinist David Garrett. The audience knows him as "the fastest violinist in the world" who is both admired and criticized for his extravagance and his commitment to crossover projects. However, the professionals are well aware of the fact that, despite all his non-conformism, the musician is not looking for easy ways, even when venturing into "lighter" genres. A composer and arranger himself, he is highly proficient as a virtuoso player, that lets him not hide behind an electronic instrument and perform brilliantly the strictly academic repertoire. The free style of "the musician without pretence" favorably sets him apart from the crowd of colleagues, which, along with his bright temperament and striking model looks, helps David gather full houses all over the world. Sold out was also Garrett's German tour with the National Philharmonic Orchestra of Russia in May 2011, when he played masterpieces by Kreisler, Rachmaninoff and Beethoven under the baton of Vladimir Spivakov and Lorenzo Coladonato at major cultural centers of the country. The concert in Baden-Baden was recorded and released on a DVD (titled Legacy) which has been sold in many copies. Vladimir Spivakov admitted afterwards that he had been dissuaded from cooperating with Garrett because of his ambiguous reputation of a "stadium violinist", playing with metal bands. 'But he did everything right from the very beginning', - said the Maestro. - 'He came to Moscow and rehearsed with me. This proved his serious attitude of a creative person to the art. " After the successful joint tour the Maestro invited Garrett to play Brahms' Violin Concerto for their first concert in Russia at the Moscow Philharmonic Society last spring. This time David will be the soloist in the Tchaikovsky Concerto which once was rejected as unplayable, due to its extraordinary technical strenuousness, by famous Leopold Auer to whom initially the Concerto had been dedicated. The first performance was eventually given by Adolph Brodsky on December 4, 1881 in Vienna, under the baton of Hans Richter. Then Tchaikovsky changed the dedication to Brodsky.