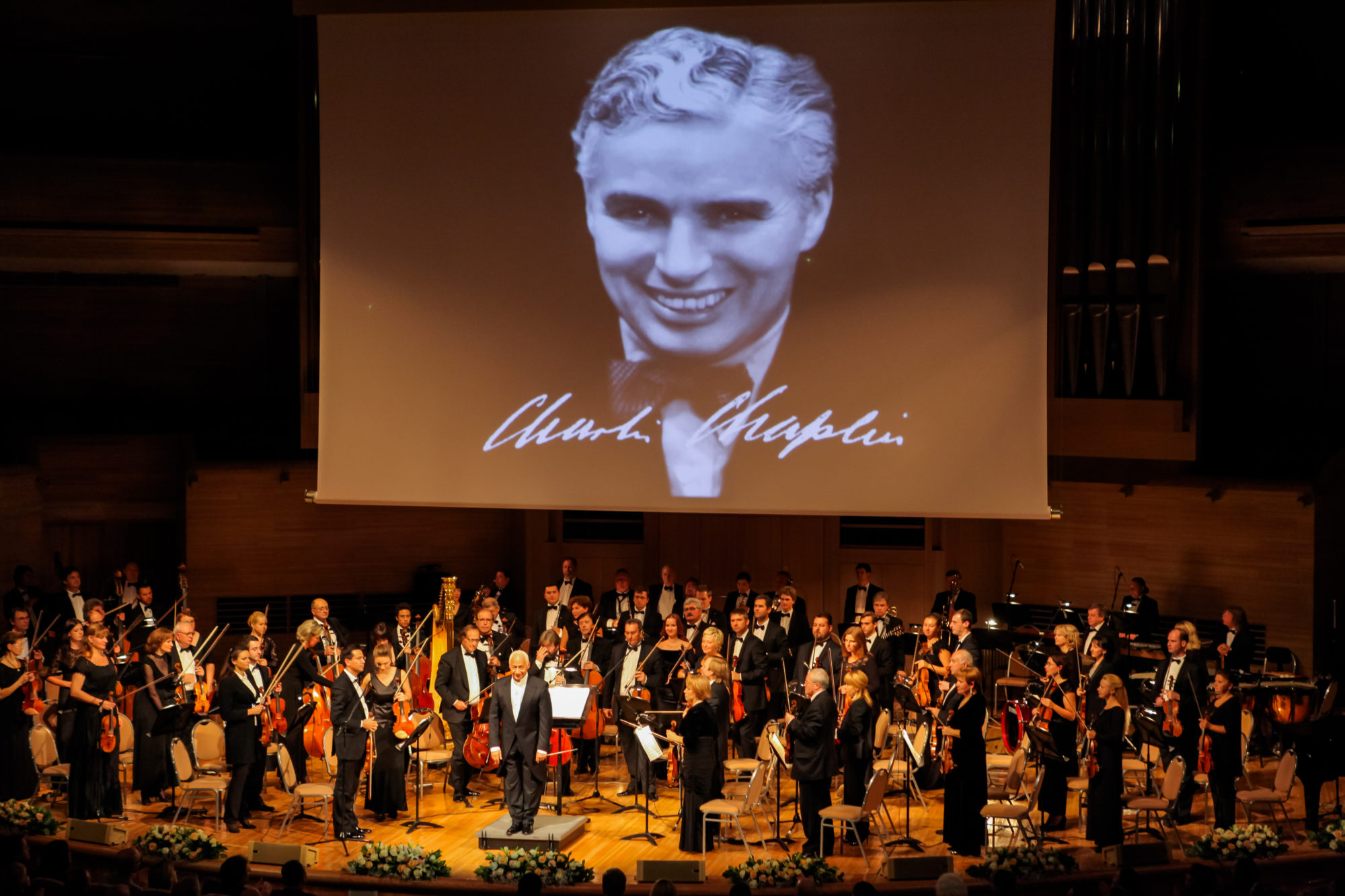 "City Lights", the most perfect of Chaplin's "silent" movies, was shot in 1931, when film studios already had released first sound pictures. The hero of the film was again the Little Tramp invented by Chaplin and the world's most known and beloved screen character by that time. In this film Chaplin traditionally undertook several parts, those of screenwriter, director, main actor, producer, choreographer and, for the first time, that of composer.

Chaplin commended the orchestration and arrangement of the music to professionals – Arthur Johnston and Alfred Newman, whom he held in high esteem. However, he himself revised the score carefully and made corrections if he thought that something in the music did not apply to the conception, episode, character or image. He wanted elegant, romantic music to contrast to the Tramp character. He said that there should be no competition between the music and the Tramp but the music should be a counterpoint of grace and charm to express sentiment.

In 2004 American conductor Timothy Brock reconstructed the "City Lights” score, and five years later Vladimir Spivakov paid attention to it. He included the showing of the immortal picture with live music into the Fifth Edition of the "Vladimir Spivakov invites ..." Moscow Festival, and the project was great success. Subsequently, the Maestro and the NPR presented it in many cities in Russia and abroad. The Chaplin Programs were among the most rewarding discoveries of Maestro and his orchestra. Film screenings of Chaplin's immortal movies with live orchestral accompaniment have united audiences of all age categories and social groups in joined spontaneous empathy.

"Chaplin is a great poet who got deeply inside the human nature," says Vladimir Spivakov. – He appeals to the best sides of our heart. He understands well that we are all on the edge of an abyss and that human life is but a fleeting memory of a day spent at a party. Chaplin showed us the fragility of human life ... He showed us that we should believe and hope, and that a true feeling would defeat many obstacles."