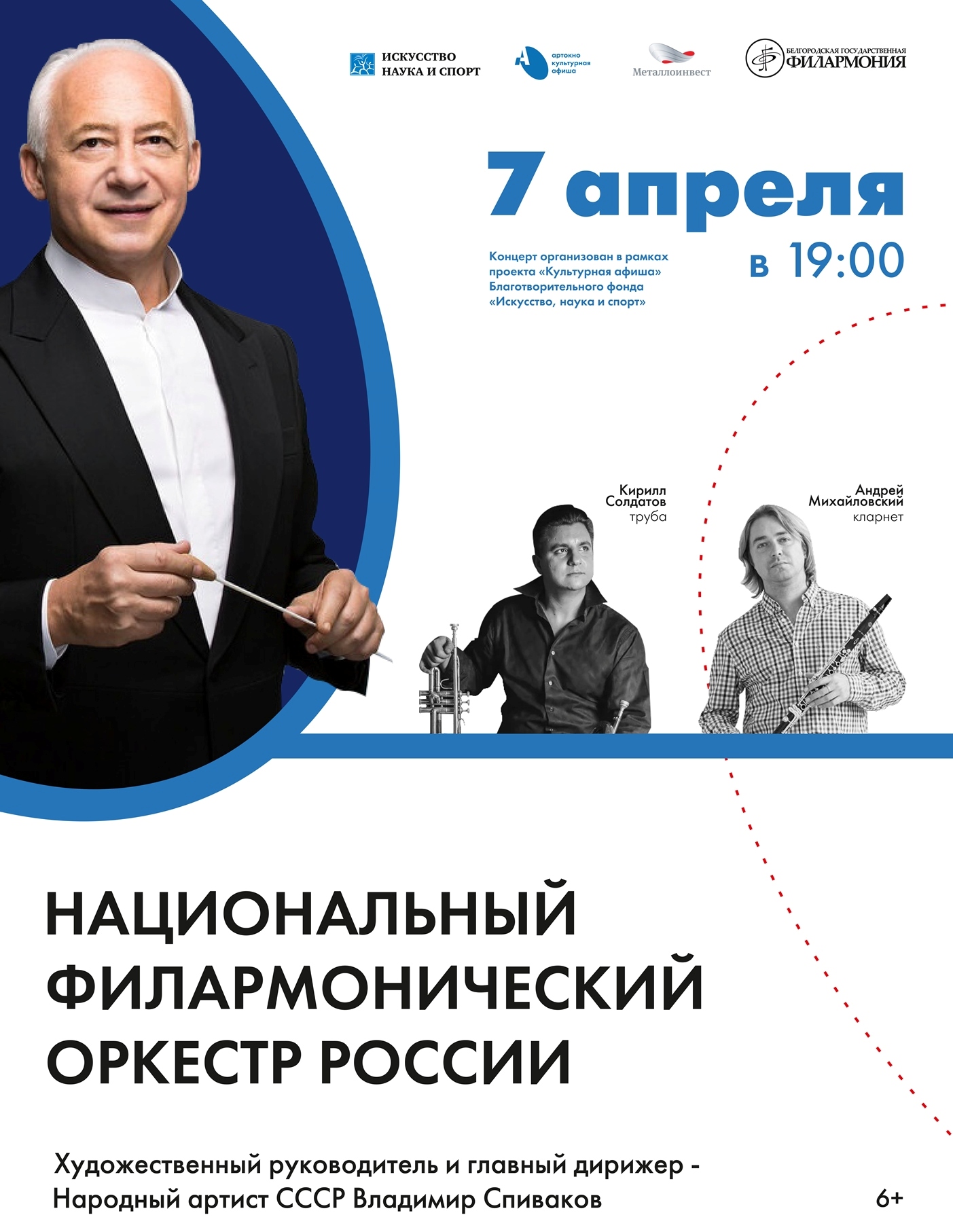 Vladimir Spivakov and the National Philharmonic Orchestra of Russia continue touring Russia within the “Cultural Platform” project of the “Art, Science and Sport” Charity Foundation formed by Alisher Usmanov, supported also by Metalloinvest Company. From April 5 to April 9 the musicians will play in the Kursk and Belgord Oblasts, both in regional centers and smaller towns of Stary Oskol, Gukin and Zheleznogorsk (see concert programs below).

The inventive program of the upcoming tour features musical masterpieces related to drama theater. There are famous orchestral fragments from Italian operas, the overture fantasy “Romeo and Juliet” by Tchaikovsky inspired by Shakespeare's tragedy, as well as virtuoso concert pieces on opera themes. The solo parts will be performed by award-winners of international competitions, principals of the NPR groups Andrei Mikhailovsky (clarinet) and Kirill Soldatov (trumpet).The NPR's Russian tours are traditionally held with the active support of Alisher Usmanov's “Art, Science and Sport” Charity Foundation. The main aim of the Foundation is to sponsor socially important actions in the field of culture, art and sports, scientific, educational and social projects on the territory of the Russian Federation, and its cooperation with the NPR is on an ongoing basis. In previous years, within the framework of cultural interaction with the Foundation, the collective gave concerts in towns of the Orenburg, Kursk and Belgorod Oblasts, as well as at the Palace of International Forums “Uzbekistan” in Tashkent.

“The things done by  the Alisher Usmanov Foundation  are exceptional, - says Vladimir Spivakov. - Virtually it alone implements such important and crucial tasks as inviting world-renowned collectives to small towns where people are also in need of spiritual food. Alisher Burhanovich spares no means to anything significant to happen  also for the  soul, for humanity. People are happy. I saw tears in the eyes of people in the audience, felt their kind emotions. These are the matters  we exist for.”