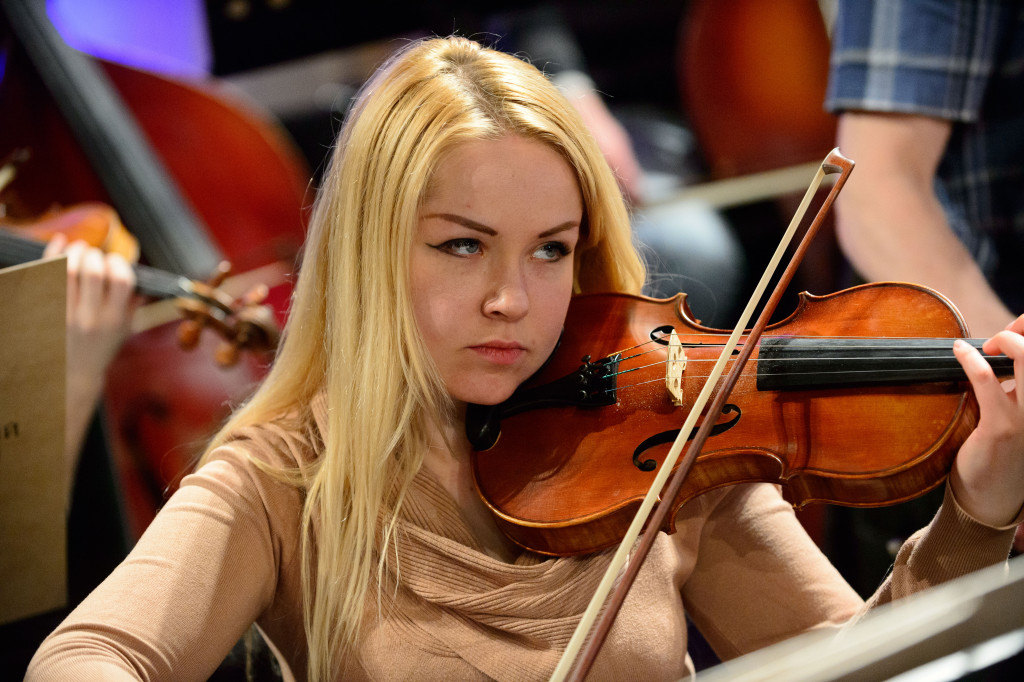 Anna Koryatskaya graduated from the Tchaikovsky Moscow State Conservatory and took a post-graduate course there (classes of Professor E.D. Grach). She is an assistant professor of E.D. Grach at the Academic Music College of the Moscow State Conservatory. She has participated in the master classes of Eduard Grach, Shlomo Mintz and Ida Haendel in Israel. In 2007-2011. she was a soloist and concertmaster of the "Moscovia" Chamber Orchestra under the baton of E. Grach. Since 2011 she has been a member of the NPR. She is a prize winner of the Concorso Violinistico Internazionale “Michelangelo Abbado” in Milan (Italy, 2008, 2nd Prize) and of the A.I.Yampolsky Competition in Moscow (2009, 1st Prize). She is a participant of the “Artistic Discoveries” Youth Project of the Ministry of Culture of the Russian Federation, the “Stradivarius-Dialogue” international cultural project of the "Franco-Russian Dialogue" Association and the Moscow State Conservatory (2011) and others.