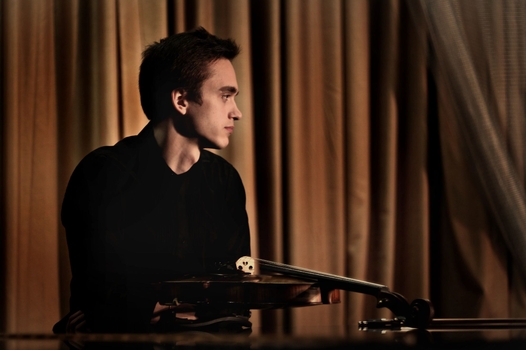 Ioann Berdyugin was born in Ekaterinburg in 1993. In 2001 he entered the Ural Music College where he studied violin (I.M. Mezrina's class). In 2011 he joined the viola class by Professor A. S. Silaev. In 2018, he graduated from the Moscow Tchaikovsky Conservatoire (A.V. Bobrovsky's class).

Ioann is a bursar of the Vladimir Spivakov International Charity Foundation and takes part in concerts of the Foundation. At present he is playing the viola he got as a gift from Vladimir Spivakov. He is a member of Yury Bashmet's All-Russian Youth Symphony Orchestra.

He was a grant holder of the National Philharmonic Orchestra of Russia before becoming its member in the 2018-2019 Season.

In 2019, he became a winner of the X Savshinsky International Music Competition in Saint Petersburg.