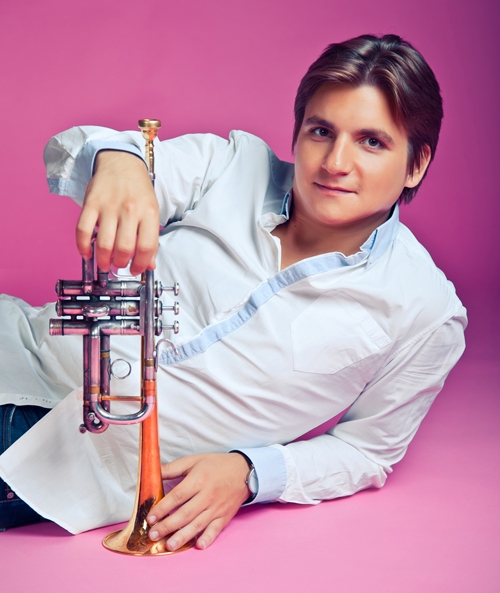 Kirill Soldatov was born in 1986 in Moscow. He was educated at the Gnessins Music School  and the Gnessins Russian Academy of Music (classes of Professor V.I. Pushkarev). In his school years he revealed himself as a bright soloist playing with various orchestras in Russia and abroad. A prize winner of many international competitions and festivals such as the "Young Stars" (Tallinn), the "Classical Heritage", the 3rd Artiada of Russia, "The Art of the Young", the "Young Talents of Russia", the Crescendo, the International Music Festival in Colmar (France), the “Return” Moscow Chamber Music Festival and others. The holder of the Russian Federation President's Award, a recipient of grants ans scholarships of the Russian Performing Art Fund, the V. Spivakov Charity Foundation, the "New Names" and "Shrines of Russia" Foundations. He has given solo concerts, collaborated with top Russian and foreign orchestras under the baton of Vladimir Spivakov, I. Marin, Yury Bashmet, M. Vengerov, V. Ziva, S. Sondeckis, K. Orbelian and others. He has toured in Germany, Sweden , Spain, France and the United States. In 2008 he made a tour of 23 concerts in the US cities (at the invitation of the Columbia Artist Management), playing the solo trumpet part in Shostakovich's First Piano Concerto. When only 17, he joined the National Philharmonic Orchestra of Russia under Vladimir Spivakov. He became the youngest musician in the history of the Orchestra appointed to this position. Since 2008 he has been a member of the NPR Brass Quintet. The ensemble has performed at many important venues in Russia and Europe and participated in prestigious festivals, including the Brass Days (Moscow), the "Brass Evenings at the Mariinsky" (St. Petersburg) and others. Contemporary authors often entrust Kirill Soldatov with playing the premieres of their works, among them M. Bronner, A. Samonov, O. Oblov, A. Azaryan. The musician took part in the premiere and recording of the opera "Boyarina Morozova" by Rodion Shchedrin (2006).