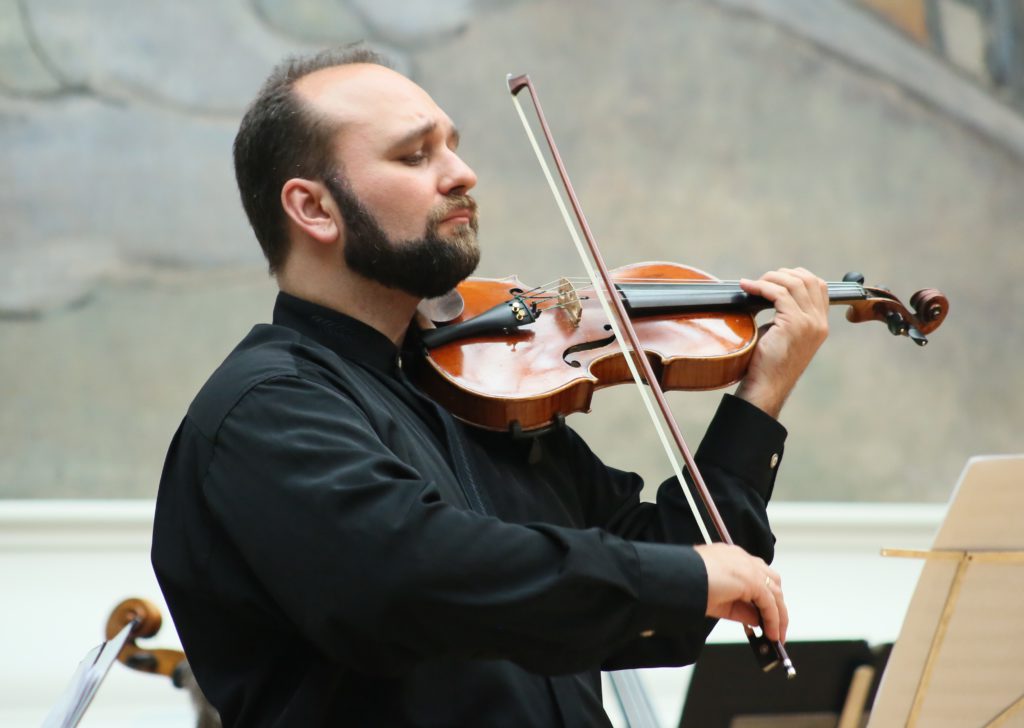 Mikhail Khokholkov was born in 1980 in Leningrad. There he studied the violin at the Central Music School at the Rimsky-Korsakov State Conservatory (classes of Lilia Etigon, Vera Dobrynina), Then he continued his studies at the Moscow State Conservatory, including the post-graduate course there (class of Professor Eduard Grach). He attended master classes of Yehudi Menuhin, Miroslav Rusin, Shlomo Mints, Ida Haendel.

He then joined the Moscovia Chamber Orchestra under E. Grach, while in 2003-2018 he had been a member of the Russian National Orchestra under the direction of M. Pletnev (since 2013 - the associate concertmaster of the first violins group). He has also worked as a soloist at the Concert Department of the Moscow Philharmonic Society. He has performed in many important concert halls of Moscow and St. Petersburg, toured over Russia and abroad.
He got a Diploma at the S. Diaghilev All-Union Competition of Young Musicians (Moscow, 1991) and at the "Youth Assemblies of Arts” Competition (Moscow, 1992). He also won awards at the Kloster Schöntal International Violin Competitions (Germany, Third Prize in 1992, First Prize and a Special Prize in 1993), at the Concertino Praga (Second Prize, 1993), at the Xeme Competition (France, 1996), at the A. I. Yampolsky Competition (1999), at SION Valais (Switzerland, 2002), at the 11th International Festival of Musica Classica (First Prize in the “Chamber Ensemble” nomination, 2012), as well as at the “Virtuosos 2000” International Youth Music Festival in St. Petersburg (1994).
Since April 2018 - first concertmaster of the Second Violins Group at the National Philharmonic Orchestra of Russia.