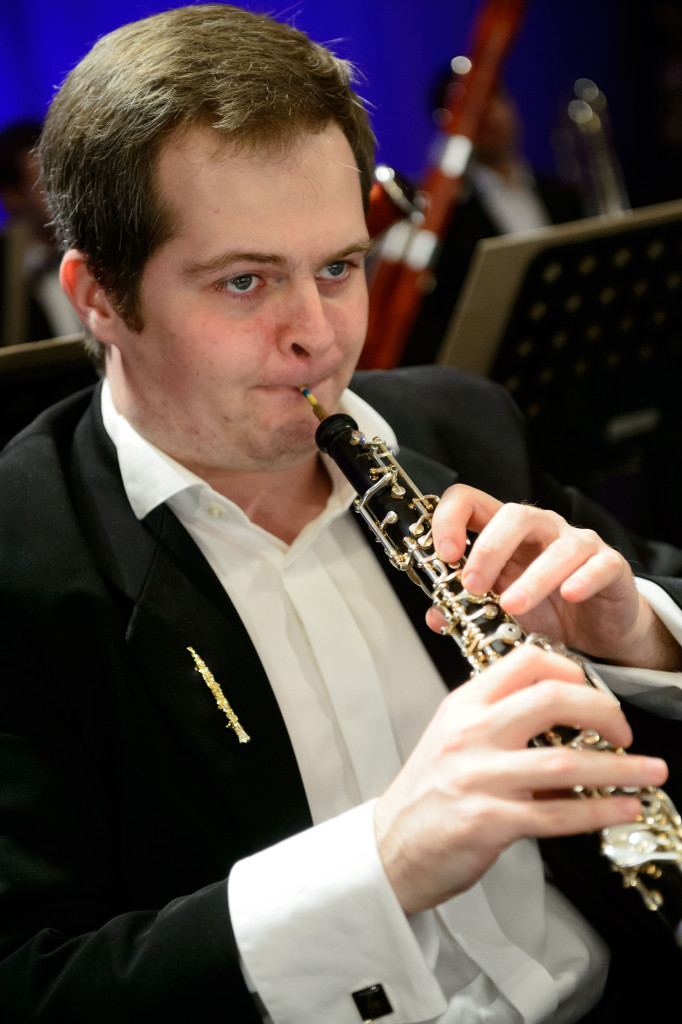 Maxim Orekhov was born in 1984 into a family of musicians in Moscow. He graduated from the Central Special Music School at the Moscow Conservatoire (classes of Professor G. P. Kerentseva), then from the Tchaikovsky Moscow State Conservatoire (classes of Professor and G. P. Kerentseva and Associate Professor A. Yu. Utkin). In 1997 he became a winner of the II International Contest of Young Performers on Wind Instruments and of such competitions as “N. Rubinshtein and the Moscow School of Composers", "Classical Heritage", "Young Musicians of Moscow" and later won awards at the First Moscow Competition of Young Oboists for the 80th anniversary of I. F. Pushechnikov, "Young Talents of Russia" and "Concertino Praga". He was a grant recipient of several charity funds, e.g. the "New Names", the Vladimir Spivakov Foundation and the "Russian Performing Art" Foundation. Since 2004 he has been a member of the Association of Russian Oboists.
He maintains an active concert schedule, touring in Russia, as well as in Latvia, Lithuania, Ukraine, Czech Republic, Germany, Spain, Sweden, Norway, Austria, USA. He took part in concerts of the Summer Music Academy in Lilienfilde (Austria) and in the Music Festival in South Bohemia.
In 2003-2010 he played in the Russian National Orchestra (English horn), since 2010 he has been a member of the National Philharmonic Orchestra of Russia (oboe). Since 2008, he teaches at the
the Central Music School at the Moscow Conservatoire; since 2021 - at the Gnesin Music College.