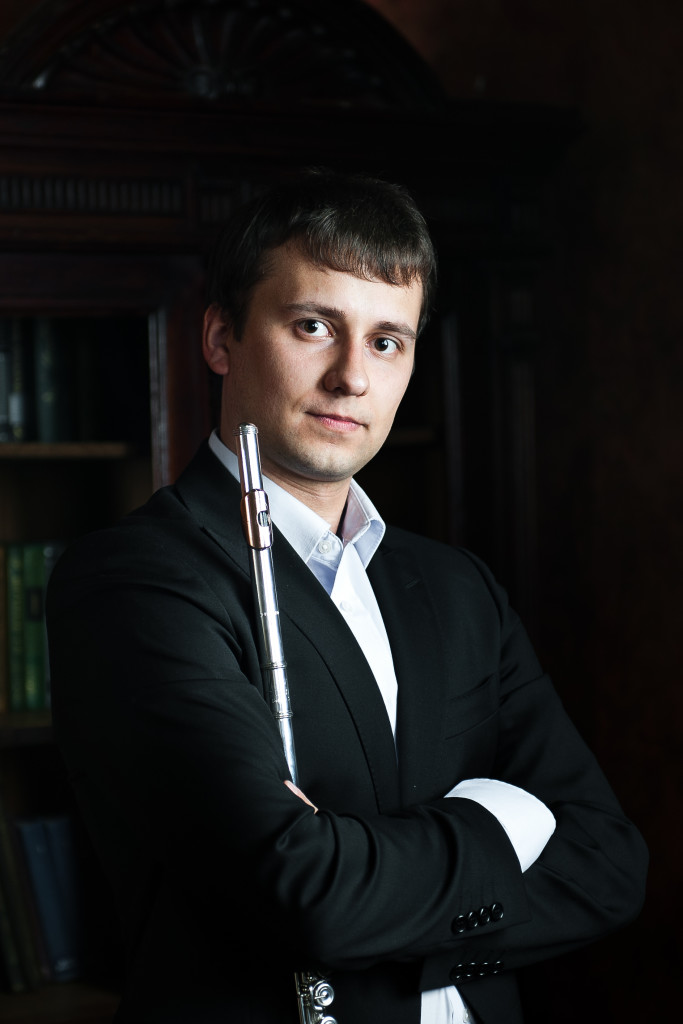 Sergei Zhuravel was born in Moscow. He graduated from the Gnessins Music School (classes of M.A. Chepourina), the Tchaikovsky Moscow State Conservatoire (classes of Professor A.M.Golyshev), then continued his studies there as an assistant. He is a prize winner of the International Competition of the Moscow Conservatoire for Winds and Percussion (2012, the 2nd Prize as a soloist, and, 2013, the 1st Prize as a member of the Conoro Wind Quintet) and of the All-Russia Music Competition (2012, the 1st Prize as a member of the Conoro Wind Quintet, the 3rd Prize as a soloist). In 2014 he was awarded the I.S.Kozlovsky Prize, in 2015 he won the B.A.Tchaikovsky Award. He performs in Russia and abroad, conducts master classes. He has recorded several solo CDs. Since 2015 he has been a soloist of the National Philharmonic Orchestra of Russia. He teaches at the Central Music School at the Moscow Conservatoire. Since 2016 he is an endorser for the Wm.S. Haynes Co. Flute.