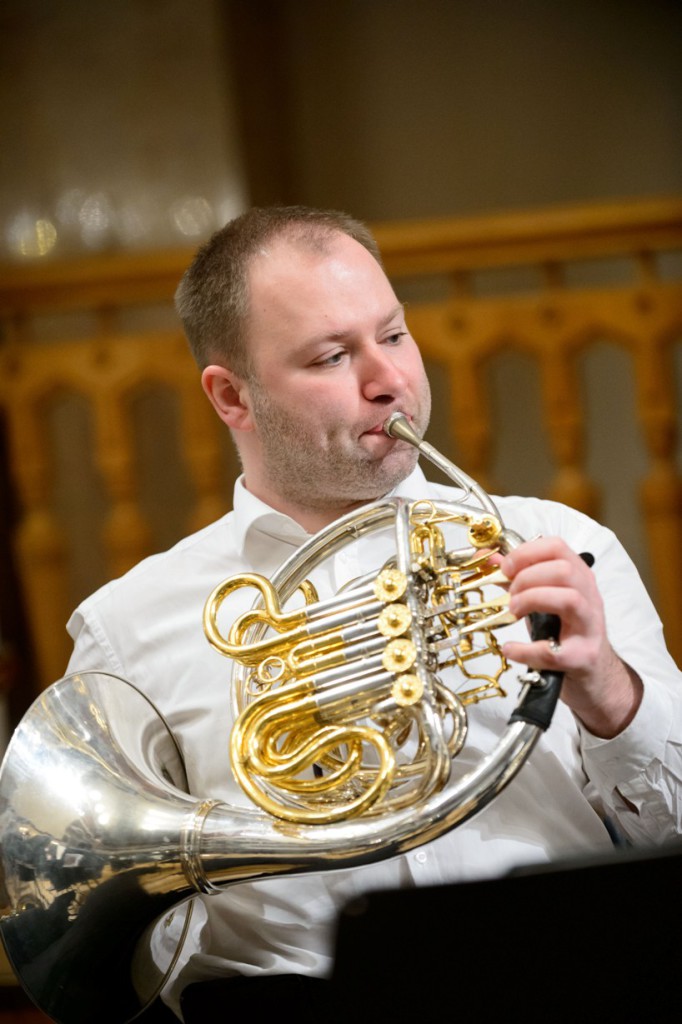 Stanislav Davydov was born in 1978 in Naro-Fominsk, the Moscow Region. He was educated at the Music School of the Moscow Conservatory, the Tchaikovsky Moscow State Conservatory (classes of Professor Alexander Demin). A two times winner the "Brass Play" International Competition in Ulyanovsk (2001, as a soloist and a member of the T. Dokshitzer Brass Quintet; the winner of the Rimsky-Korsakov International Competition in St. Petersburg (2005). At various times he joined as a soloist the State Symphony Capella of Russia under Vladimir Polyansky, the Svetlanov Russian State Symphony Orchestra. Since 2003 he was a soloist of the "Helikon-Opera" Orchestra, from 2009 – a soloist of the Stanislavsky and Nemirovich-Danchenko Musical Theatre. Since 2004 - a soloist and the leader of the horn section of the National Philharmonic Orchestra of Russia. Since 2017 - a soloist of the "Moscow Virtuosi" Chamber Orchestra.

He often performs as a soloist with top Russian orchestras. He is a regular participant of such festivals as the "Tarusa Winter"(the Svyatoslav Richter Foundation Festival), the "Moscow Autumn", the "Vladimir Spivakov Invites ...", the "Art-November", the "Return", the International Music Festival in Colmar, France. He was a member of various Moscow ensembles, including the Dokshitzer Brass Quintet, with whom he has made three CDs and has given over 300 concerts in Russia and abroad. Since 2018 he has been teaching at the Gnessins Music School.

He was awarded a silver medal "For faith and goodness," of the Kemerovo Region in 2006. He holds the title of Honored Artist of Russia.