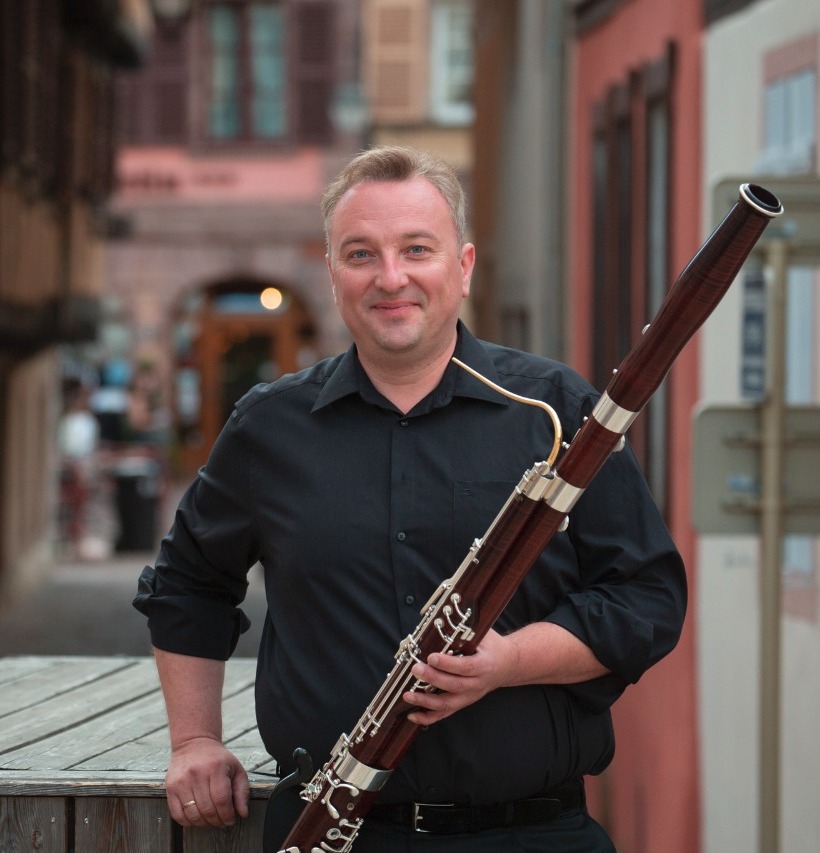 Stanislav Katenin was born in Moscow in 1971 to a family of musicians. He was educated at  the Gnessins Music School (classes of Professor AM Irshai) and the Gnessins Academy of Music where he also took the post-graduate course (classes of Professor Yu Rudometkin). He was the First Prize Winner of the All-Union and All-Russia Competition in 1991. Since 1991 he had been a soloist of the "Moscow Classic Ensemble" at the Moscow Philharmonic Society, which won a prize at the Vita Longa International Festival. In 1993-2007 he was a soloist of the Bolshoi Theatre Orchestra. In 2001-2003, he was a soloist the Tchaikovsky Symphony Orchestra. Since 2007 he has been a soloist and the leader of the bassoons section of the National Philharmonic Orchestra of Russia. Since 2012, he is the artistic director of the Ensemble of Soloists of the NPR. Since 2010 he is the soloist of the "Studio for New Music" (Artistic Director - Vladimir Tarnopolsky). Since 1998, he teaches at the Gnesins College of Music and the State Classical Maimonides Academy (Associate Professor). Since 2016 he has been working for the CMS as a teacher and the Head of the Wind and Percussion Instruments Department (Associate Professor). In 2010-2013 he represented Russia at the IDRS International Conferences in the UK, the USA and China. He performs in Russia and abroad, takes part in the jury of various competitions, gives master classes. He has recorded several solo CDs, including two solo albums as an endorser of the Bernd Moosmann Company.
Honoured Artist of Russia.