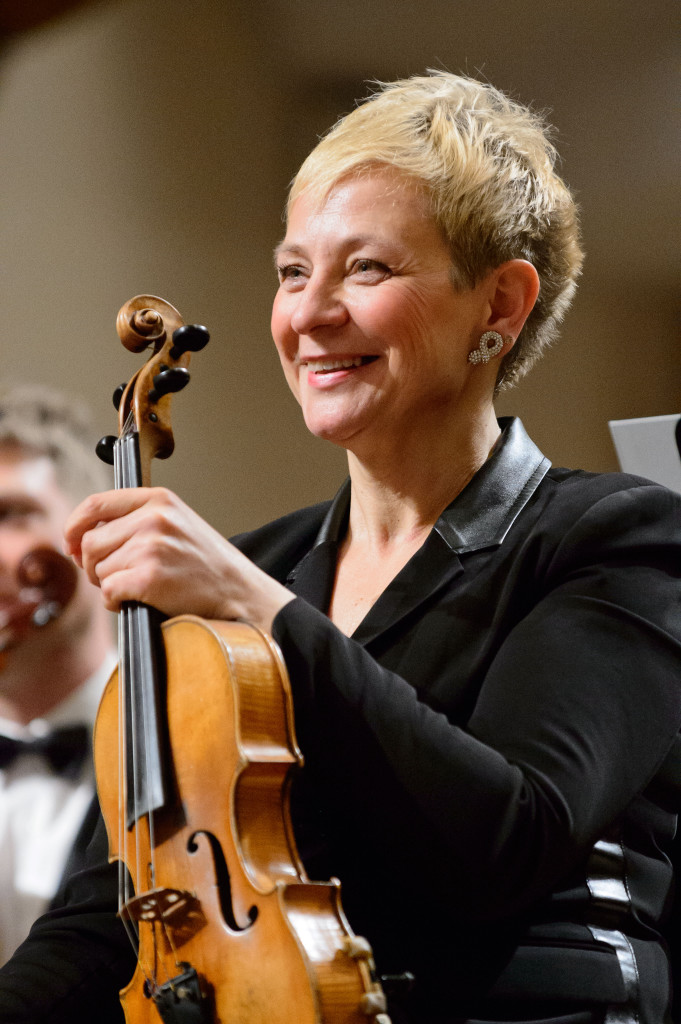 Svetlana Stepchenko graduated from the Tchaikovsky Moscow State Conservatoire (classes of Professor Fyodor Druzhinin). In 1989 she won a prize at the All-Union Competition in Lviv. From 1990 to 1992. she had worked as an assistant to Professor Druzhinin. Since 1997 she has been the soloist of the Moscow Philharmonic Society. Over the years, Svetlana Stepchenko had worked with the USSR State Orchestra under the baton of Evgeny Svetlanov and the State Chamber Orchestra. Currently she is the concertmaster of the viola section of the NPR. She has been awarded the title of “Honored Artist of Russia”. Svetlana Stepchenko has taken part in many music festivals in Moscow, Boston, Budapest, Neustadt; she is the Artistic Director of the "Three Centuries of Russian Viola" Festival in Moscow. She has toured widely in Russia and abroad. The repertoire of the violist includes over 60 concert programmes, covering the time span from the early Baroque to the present day. Svetlana Stepchenko has recorded many CDs, among them the famous "Anthology of Russian Viola Music", the idea of which came to her in the period of her work with Svetlanov who described this project as a “feat of genuine creativity”. The "Anthology" was first broadcast on the "Orpheus" Radio. Svetlana Stepchenko has made known to the audience many unknown or forgotten works of Russian classics such as "9 Salon Pieces" by Anton Rubinstein, Sonatas by Paul Juon, chamber music by Alexei Gantsher, Alexei Yermolov, Anton Simon. She recorded the world premiere of the musical pastoral "The Chimes of Love" by Mikhail Kuzmin and his "Alexandrian Songs". Svetlana Stepchenko is the author of concert series for children and youth, the author and presenter of educational music programs. In addition, Svetlana Stepchenko works in films, voicing animated characters (one of her latest works is the title role in the animated film by Garry Bardin "The Ugly Duckling").