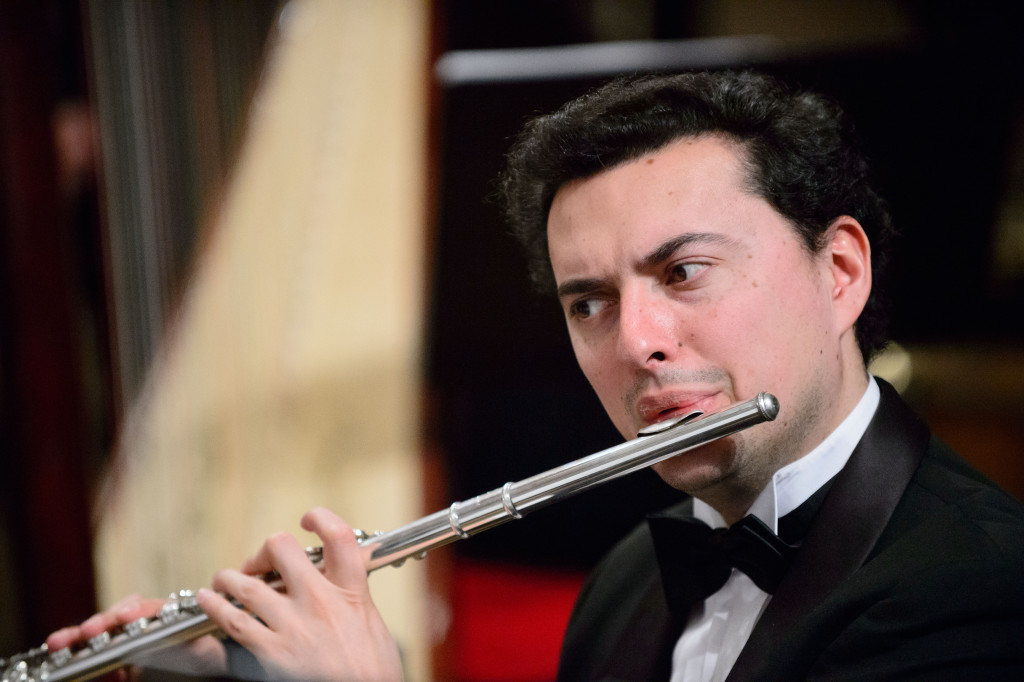 Viktor Khotulev was born in Moscow in 1982. He graduated from the Gnessins Russian Academy of Music (classes of Professor V. Kudrya) and took the post-graduate courses there. He won a Special Prize at the International Competitions «Musicalia-2000" in Athens, the First Prize at the "Virtuosos of the XXI Century" in Moscow in 2001 and at "The Art of the XXI Century" in Kiev in 2004.
Since 2007 he plays in the Moscow wind quintet “Modus Vivendi”, laureate of international contests. In 2009 he toured in Europe as part of the international orchestra "Philharmonia of the Nations” under the direction of Justus Frantz. In 2010-2012 he had worked at the Moscow Philharmonic Orchestra under Yury Simonov. He joined the NPR in 2012. He is the permanent participant of the master classes of Sir James Galway in Switzerland. He maintains an active concert activity, takes part in music festivals, performs solo programs, and plays in various ensembles and orchestras.