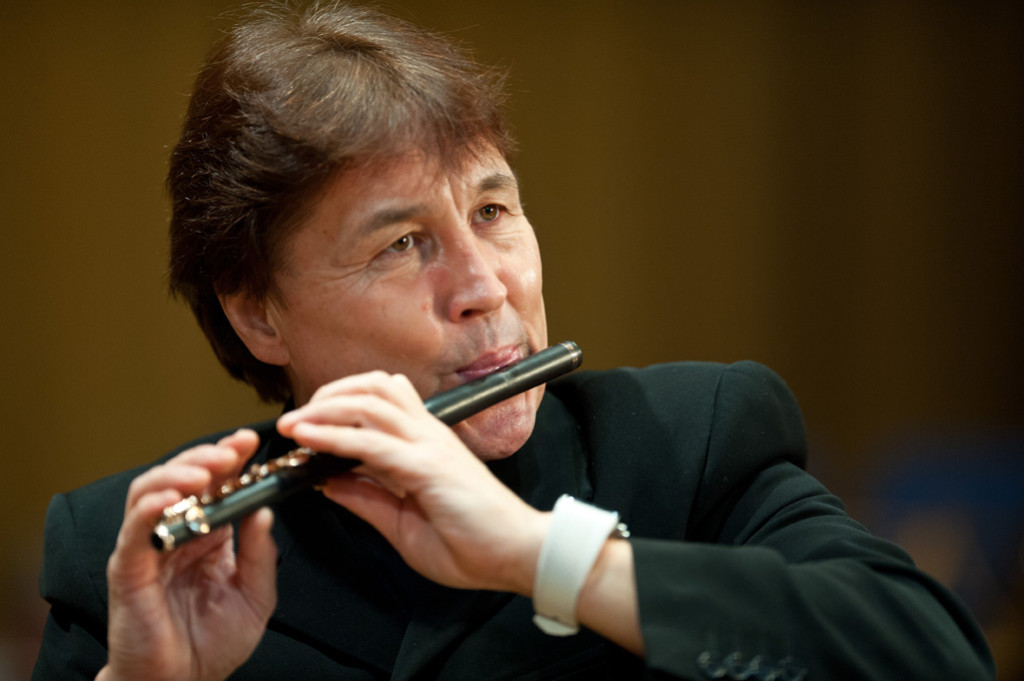 Vladimir Shamidanov (flute, piccolo) was born in the village of Novoakbulatovo in Bashkortostan. He  first studied music at the Boarding School no.1 for Gifted Children (now the National Presidential School of Arts) in Yoshkar-Ola, Mari El Republic (class of I. S. Orekhov). After training at the Department of Military Band Conducting at the Moscow Conservatoire, he continued his studies at the Gnessins Russian Academy of Music. A winner of  several international competitions. He worked in the First Special Representative Military Band of the USSR's Ministry of Defense, which  toured in the US, Europe, Afghanistan. He  played with  the "Young Russia" State Symphony Orchestra  led by Mark Gorenstein and  the Russian National Orchestra under Mikhail Pletnev. Since 2003 he has been a member of the flute section of the  National Philharmonic Orchestra of Russia. In 2016 he was awarded the title of the "Honored Artist of Russia".