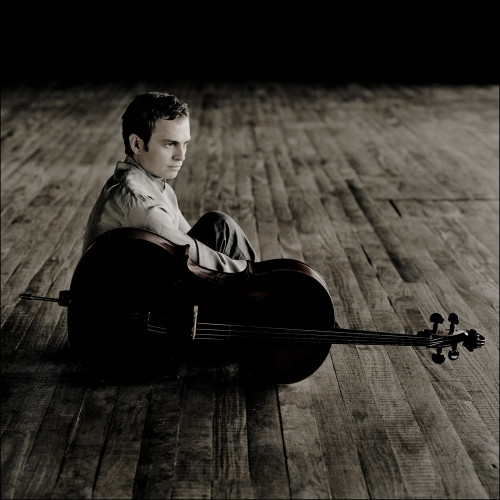 On November 19, 2015, the Svetlanov Hall of the Moscow Performing Arts Centre will host the first concert of the "Masterpieces Forever" Subscription Series of the National Philharmonic Orchestra of Russia. The program will feature works by Franz Schubert and Dmitry Shostakovich, with Pavel Gomzyakov (cello) as soloist, conducted by Zsolt Hamar (Hungary). In this series the National Philharmonic Orchestra of Russia offers to music lovers a meeting with the topmost works of Russian and West European classics. Every evening will present not a random collection of famous scores, but a program with its own logic. Hungarian conductor Zsolt Hamar, who opens the series has selected works in the "grand style" but belonging to different eras - Schubert's Ninth Symphony and Shostakovich's Cello Concerto. Schubert's "Rosamunde" Overture will add a special flavour to the concert. Zsolt Hamar (b. 1968) made his debut with the NPR in the season of 2013/2014 in the Moscow Performing Arts Centre, conducting a concert in the "Orient Express" Series. Yehudi Menuhin once described Hamar as "one of the most dynamic, accurate, intelligent young conductors" Hamar was graduated from and has been a visiting professor at the Franz Liszt Academy of Music in Budapest. He is winner of several international competitions, the first permanent conductor of the Hungarian National Philharmonic Orchestra, the staff conductor of the Hungarian State Opera, the guest conductor of the Zurich Opera, the musical director of the Hessian State Theatre in Wiesbaden. Today he is one of the best conductors of Eastern Europe. The Cello Concerto by Shostakovich, written for Mstislav Rostropovich, will be played by virtuoso soloist Pavel Gomzyakov (b. 1975), a student of Dmitry Miller, Philip Mueller and M. Rostropovich's graduate student Natalia Shakhovskaya. Today, he has become one of the most sought-after Russian cellists, touring all over the world, performing with famous musicians and orchestras. Gomzyakov's first concert tour in the US in 2010 brought him rave reviews from American critics: "It has been one of the most memorable debuts in recent years. A fine support of the orchestra and of the conductor provided even greater luster to Pavel Gomzyakov's playing. Perhaps this is the beginning of a very important career." For many years, Pavel has been working with illustrious Portuguese pianist Maria João Pires: they have performed many ensemble programs around the world, while their duet recording of Chopin's Sonata in 2009 for Deutsche Grammophon was nominated for a Grammy.