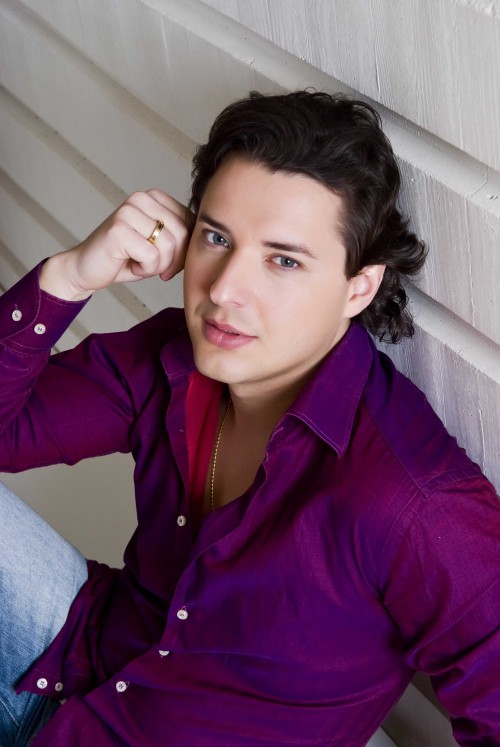 Moscow International Performing Arts Center Svetlanov Hall    | November, 29, 2015 The VIII Moscow Music Festival “Vladimir Spivakov Invites …” Dmitry Korchak, tenor National Philharmonic of Russia Vladimir Spivakov, conductor BOOK TICKETS Music lovers first fell in love with the art of tenor Dmitry Korchak when they heard him sing Nadir's Romance from Bizet's opera "Les Pêcheurs de perles" ("The Pearl Fishers"). His singing of this popular aria at the concert in memory of Evgeny Kolobov in March 2004 caused a furor. The critics, one and all, witnessed that the 25-year-old singer had literally smitten the Great Hall of the Moscow Conservatory. Soon, he starred as Nadir in the then new production of "The Pearl Fishers" at the New Opera Theater, eclipsing all other soloists. Leaving later the New Opera Theater, Dmitry Korchak pursued his career abroad and in 10 years has conquered the most prestigious venues of the world and got famous as a magnificent artist, who can be compared to the "king of bel canto" Juan Diego Florez. "From the very beginning I set myself the goal to enter Europe not with the Russian repertoire," - says Korchak who has coped with the task exceptionally well. The Vienna Opera production of "Eugene Onegin" by Tchaikovsky with the participation of Dmitry Korchak (Lenski), Anna Netrebko and Dmitri Hvorostovsky, was a great event of musical life in Europe according to European mass media. In 2014 Dmitry embellished with his participation the staging of "Eugene Onegin" at the Mikhailovsky Theatre in St. Petersburg. Among his recent brilliant achievements one can mention the title role in Massenet's "Werther" (the Musical Theatre of Stanislavsky and Nemirovich-Danchenko) and the part of Don Ottavio in Mozart's "Don Giovanni" (the Metropolitan Opera). Dmitry Korchak admits that Vladimir Spivakov was the first who believed in him as a soloist, and subsequently led him into the circle of his closest stage partners, the permanent participants of the Maestro's projects. This time the audience will have the opportunity to hear Dmitry Korchak and the National Philharmonic Orchestra of Russia under the baton of Vladimir Spivakov in favorite excerpts from operas by Bizet, Gounod, Massenet, Verdi, Bellini and Donizetti.