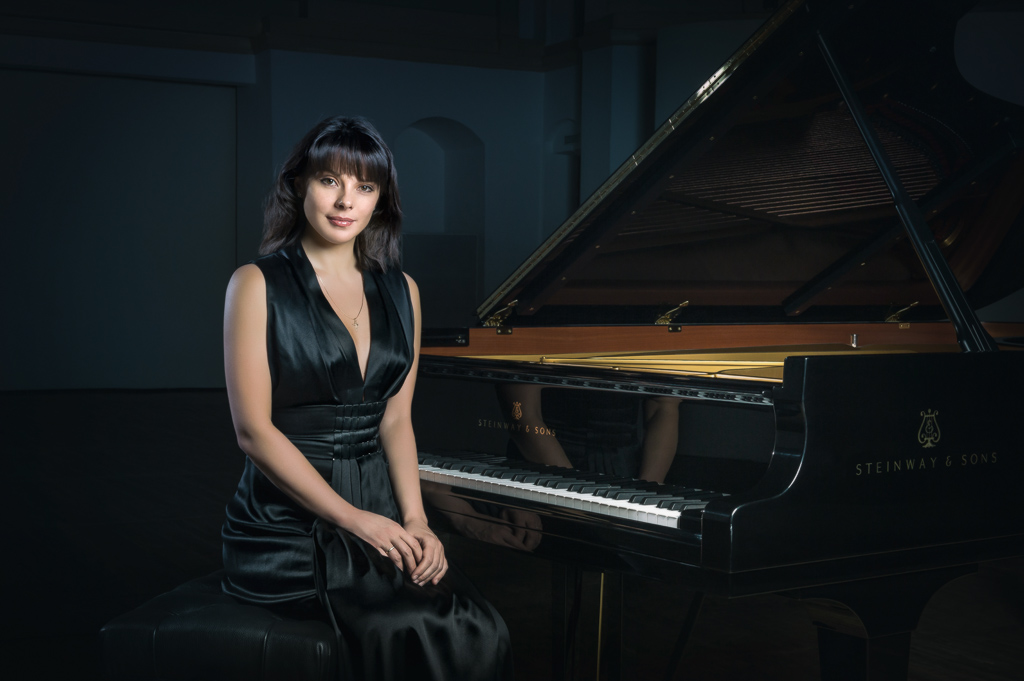 The Tchaikovsky Concert Hall | 2015, December, 8 National Philharmonic of Russia Ekaterina Mechetina, piano Ludmila Golub, organ Ken-David Masur, conductor Programme: Schumann. “Manfred” Overture Saint-Saëns. Piano Concerto No. 2 in G minor, op. 22 Saint-Saëns. Bacchanale from “Samson et Dalila” Saint-Saëns. Symphony No. 3 in C minor, op. 78 BOOK TICKET For years the National Philharmonic of Russia has been actively cooperating with the Moscow State Academic Philharmonic Society, one of the oldest concert organizations in Russia. Year by year the Philharmonic Society has been stepping up its capacity, its cooperation with the NPR has been expanding and getting more productive. The Orchestra is involved in various projects of the Philharmonic Society and also holds its own subscription series, which is an indicator of prestige and high reputation for any creative collective. The NPR own subscription series (№13) at the Tchaikovsky Concert Hall includes programs with leading figures of performing arts as well as with young artists who have achieved international fame. Among them there is Ekaterina Mechetina, a winner of international competitions and a holder of the "Triumph" Youth Award. Ekaterina is not only a much sought-after pianist, but also an influential public figure: she is a member of the Council for Culture and Arts under the President of Russia, and was awarded the Order of Catherine the Great of the 3rd degree "For merits and personal contribution into the development of national culture and arts." The second program of the Series with Ken-David Masur on the podium is dedicated to romantic music. In particular, one must mention Schumann's highly expressive "Manfred" Overture , described by B. Asafiev as a "tragic monologue of a disillusioned person", and Saint-Saëns' Organ Symphony dedicated to the memory of Franz Liszt - a musician and a clergyman. The organ part will be played by Lyudmila Golub, a world-known full-time organist of the Moscow Performing Arts Centre, an Honored Artist of Russia. Ken-David Masur, the conductor, is the permanent guest conductor of the National Philharmonic of Russia, the principal guest conductor of the Munich Symphony Orchestra, and the assistant conductor of the Boston Symphony Orchestra.