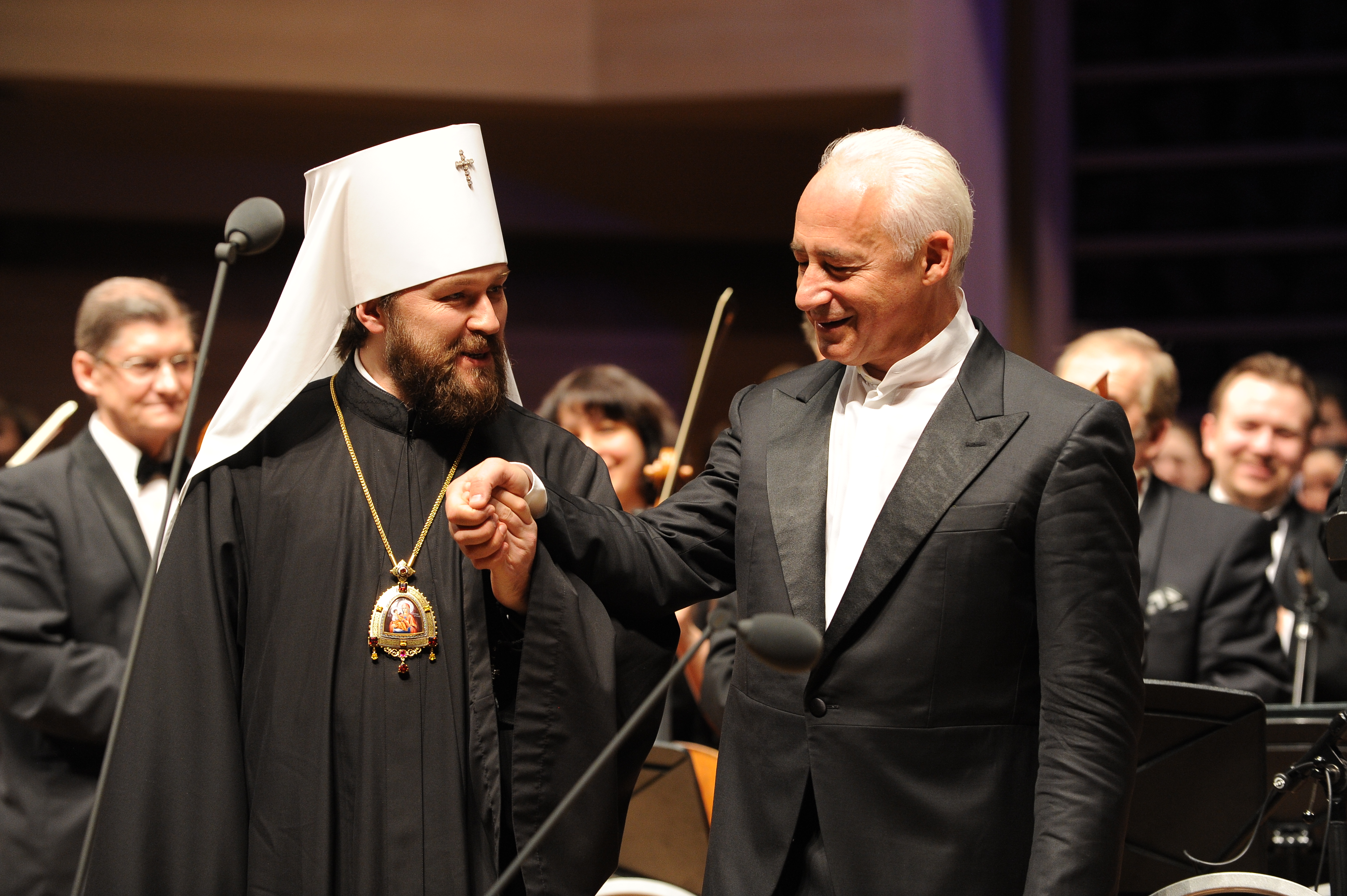 Moscow International Performing Arts Center Svetlanov Hall | January, 23, 2016 The Closing concert of the VI Christmas Festival of Sacred Music Academic Grand Choir "Masters of Choral Singing" Art director and principal conductor – Lev Kontorovich National Philharmonic Orchestra of Russia Conductor – Vladimir Spivakov Nikolai Golovanov. Sacred choruses a cappella Pyotr Tchaikovsky. Symphony №6 in B minor («Pathetique») BUY TICKET The Christmas Festival of Sacred Music, held annually at the Moscow International Performing Arts Center since 2011, will take place this year for the sixth time (9 - 23 January). The artistic leadership of this large-scale forum has been undertaken by Vladimir Spivakov, the MIPAC President, Member of the Patriarchal Council for Culture, and Volokolamsk Metropolitan Ilarion, the Chairman of the Department for External Church Relations of the Moscow Patriarchate. The Festival is held annually with the highest blessing of Kirill, the Patriarch of Moscow and All Russia. "This festival is very important for both Moscow and all Russia, - says Vladimir Spivakov. - The people who come to our concerts, get imbued spiritually, which will help them to endure all hardships of the everyday life. We are living through a very difficult and disquieting time when musical groups from other countries, whom we invite to perform, are not always able to overcome the political obstacles. And yet, let us remember that 'where is music there is salvation'. The final night of the Festival will help us contribute our mite to the construction of the Church of All Saints in Strasbourg for the growing community of Christians from Russia, Belarus, Ukraine, Moldova ... Father Superior Philipp, the Dean of the Parish of All Saints and the Moscow Patriarchate representative to the Council of Europe, and I strongly believe that the Temple will become not only a place of universal prayers, but also an important meeting place, a point of contact, communion, so needed for everyone in our disjointed world. " This unique festival, dedicated to the celebration of the birth of Christ, is meant to become one of the most important steps on the way of introducing the public to the centuries-old traditions of Christian music. That is why Vladimir Spivakov and the NPR choose music of different eras, cultures and religious customs for the Festival closing concerts. This time, the audience will hear spiritual choruses by Nikolai Golovanov, sung a cappella by the "Masters of Choral Singing" Choir under the baton of Vladimir Spivakov, and Tchaikovsky's "swan song" - his Sixth Symphony. For Vladimir Spivakov the "Pathetique Symphony" by Tchaikovsky is one of the most beloved and most important musical works ever written. “The genial and tragic 'Pathetique Symphony' by Tchaikovsky requires a congenial performance, otherwise it becomes ordinary- says Professor Valentina Kholopova. - Under Spivakov's baton it shakes the soul deeply, just in the spirit of the Russian aesthetic tradition ... There life resonates in its full bloom: Waltz is elegant and melodious, and March-Scherzo is full of humorous travelogue of the game, of excited energy and joy. Thus the abyss towards the tragedy with its bursts of desperation gets even more spectacular... In this rendition only a great talent and a great tradition are not sufficient - here speaks the great human heart of the artist. " Nikolay Golovanov's works have become known to the general public only recently. The great conductor, who worked at the Bolshoi Theatre and the Bolshoi Symphony Orchestra, a three times winner of the Stalin Prize, wrote a lot of marvellous music without ever trying to perform it. Major part of it are spiritual choruses (about 70), with more than a half of them written during the Soviet times, i.e. the period of persecution of the Church. Therefore, Golovanov was perhaps the only esteemed musician in the Soviet Union, who for more than 30 years after the Revolution had written a lot of sacred music, not being able to hear it. Today, many musicians, including Vladimir Spivakov, are correcting this historic injustice. See the detailed program of the Festival on www.mmdm.ru