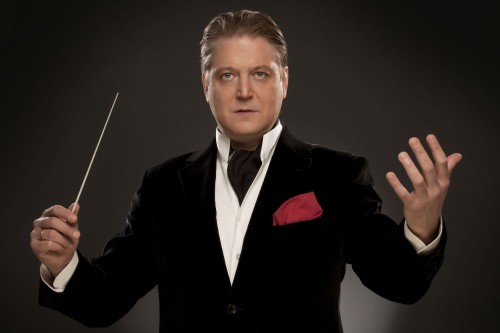 April 9, 2016 | Svetlanov Hall of the Moscow International Performing Arts Center "Masterpieces for All Times” Subscription Series Soloist - Alexander Ghindin, piano Conductor - Alexander Sladkovsky Haydn. Concerto for piano and orchestra in D major Prokofiev. Symphony №1 in D major ( "Classical") Richard Strauss. "Burlesque" for piano and orchestra Shostakovich. Symphony No.10 in E minor BUY TICKET A rather singular final program of the "Masterpieces for All Time" Subscription Series covers almost two centuries. Works by Haydn and Richard Strauss, representatives of the Austro-German school, are interchanged with opuses by Soviet classics Prokofiev and Shostakovich, while each pair of scores reveals relationships which are anything but superficial. Alexander Ghindin, a remarkable intellectual pianist, researcher of musical rarities, will open the night playing Haydn's Concerto composed in a charming gallant style, with a mischievous Rondo in the Hungarian spirit. In the second part, Alexander will be the soloist in the famous "Burlesque" by Richard Strauss, a witty spoof of a classical concerto. No wonder that George R. Marek, the composer's biographer, called it “Piano Concerto's Till Eulenspiegel". Once, the solo part in "Burlesque" scared the unrivaled virtuoso Hans von Bülow, but Alexander Ghindin comes up with this "damned difficult thing" (Bülow) brilliantly. The "Classical Symphony" by Prokofiev, though written 135 years later, will be a logical extension of the Haydn Concerto as it follows the trends of the Viennese Classic. Prokofiev's idea went far beyond imitation for he believed that "if Haydn had lived up to our days, he would have kept his style of writing and at the same time taken something from the new." In his First Symphony Prokofiev managed to convey Haydn's vision of the world, so much in tune with his own nature, i.e. playfulness, humor and wise acceptance of life. The author's vision of the world - but a totally different one – is presented to the audience in Shostakovich's autobiographical Tenth Symphony, where the composer quotes Mussorgsky, Mahler, and for the first time uses his monogram D-Es-C-H in the symphony cycle. The complicated dramatic work, created in the year of Prokofiev's (and Stalin's) death, is a confession of the artist, contemplating the past experience, his own fate and that of his people at a historic crossroad. On this night the NPR will be led by Alexander Sladkovsky, one of the most successful, influential and acclaimed Russian conductors of his generation. An Honored Artist of Russia and a prize winner of the S.S. Prokofiev International Competition for Conductors, Sladkovsky had worked for about ten years with the Orchestra of the St. Petersburg State Capella. After that he was the Director of the State Theatre of Opera and Ballet of the St. Petersburg Conservatory, assisted to Mariss Jansons and Mstislav Rostropovich, was the conductor of the "New Russia" State Orchestra, and in 2010 was appointed the Principal Conductor of the State Symphony Orchestra of the Republic of Tatarstan to become a successor of Nathan Rachlin and Fuat Mansurov.