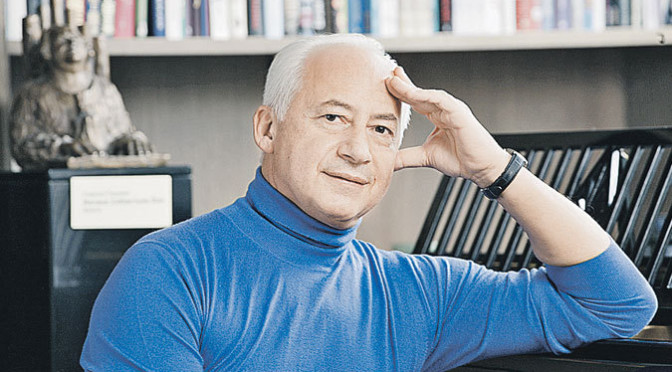 April 18, 2016 | The Tchaikovsky Concert Hall "Gems of French music" The National Philharmonic Orchestra of Russia The Grand Choir "Masters of Choral Singing" Artistic Director - Lev Kontorovich Soloists: Anna Aglatova, soprano Svetlana Shilova, mezzo-soprano Alexey Neklyudov, tenor Evgeny Stavinsky, bass Anastasia Kobekina, cello Conductor - Vladimir Spivakov Massenet. Ballet Scenes from the opera "Cid" Saint-Saëns. Concerto No. 1 for cello and orchestra in A minor, Op. 33 Saint-Saëns. Requiem, Op. 54 BUY TICKET The «Vive le France!» Subscription Series of the Philharmonic Society, dedicated to masterpieces of French music, is closing with the concert of the National Philharmonic Orchestra of Russia under the baton of Vladimir Spivakov. The Series has been supported by the French Embassy and the French Institute in Russia. The programme includes three true gems by French composers: the colorful Ballet Divertissement from the opera "Cid" by Jules Massenet and two masterpieces by Camille Saint-Saëns - the highly popular A-minor Concerto for cello and orchestra and the sublime Requiem, written with the most delicate paints. Maestro Vladimir Spivakov is known as a connoisseur and a fine judge of French culture. For many years he has been directing the International Festival in Colmar, a picturesque corner of Alsace, thus building a musical bridge between the two countries. The upcoming concert gives the audience a great opportunity to perceive the intriguing process of the Maestro's immersion into French music. And he will be assisted here by brilliant soloists who will take part in the concert. The soloist in the Concerto for cello and orchestra by Saint-Saëns is Anastasia Kobekina, a rising star and a recipient of a Scholarship of the Vladimir Spivakov Charity Foundation. In 2007 Anastasia became a sure winner of the "Nutcracker" Television Competition in Moscow, in 2010 she was awarded the Landgraf Prize of the Hessen-Preis Academy in Kronberg, Germany, in 2014 she got the 2nd prize at the 2nd All-Russian Music Competition in Moscow. 'An exceptional talent!' - is the Maestro's verdict. - 'She moved my soul by her performance of Rachmaninoff's Elegy to such an extent that I bought her a cello.' At present, Anastasia plays the Stefan von Baer instrument, provided to her by the German Foundation of Musical Life (Deutsche Stiftung Musikleben). The soloists for the Requiem have been chosen from the permanent circle of artistic partners of Vladimir Spivakov and the NPR, i.e. Anna Aglatova and Svetlana Shilova, both singers of the Bolshoi Theatre, as well as Alexey Neklyudov (in 2012 he was awarded the NPR's charity grant) and Evgeny Stavinsky, both singers of the "Kolobov New Opera" Theatre. The Academic Grand Choir "Masters of Choral Singing" will be the full partner, along with the Orchestra and the soloists, in the performance of Requiem. The Choir has been directed by Lev Kontorovich, a People's Artist of Russia, since 2005, and now the collective, enriched by talented graduates from the V.S. Popov Academy of Choral Art, has won the reputation of one of the best in Moscow. The artistic alliance of the NPR and the Choir is as solid as that of a perfectly well-tuned symphonic capella.