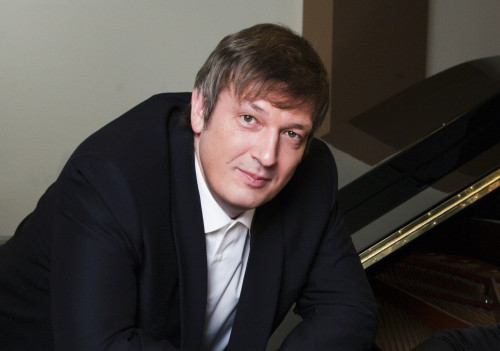 April 29, 2016 | The Tchaikovsky Concert Hall "Great Piano Concertos" Subscription Series Soloist and conductor - Boris Berezovsky (piano) Beethoven. Piano Concerto No. 2, op. 19, B-flat major Beethoven. Piano Concerto No. 3, op. 37, C minor Beethoven. Piano Concerto No. 4, op. 58, G major BUY TICKET The "Great Piano Concertos" Subscription Series gives the audience the opportunity to hear again pianist Boris Berezovsky. The fantastic virtuoso with a nontrivial creative thinking, often called "a new Richter", will present Beethoven's Concertos not only in the familiar role of a soloist, but also conducting the orchestra - in the best performing traditions of Classicism. Beethoven wrote his Piano Concertos with his own performance in mind, with cadenzas to be improvised, and the composer always dealt with this task brilliantly. Many of Beethoven's ideas played a great role in the development of the piano which has acquired with time the ability to produce a powerful, juicy, deep and plangent sound. His very first Concerto (in E-flat major, without an opus number) Beethoven composed at the age of 14, his early works in this genre followed the traditions of Mozart and Haydn. Beginning with his Third Concerto, Beethoven stepped assuredly on the way of symphonizing the Concerto, thus imparting previously unheard depth, scale and sublimity to this genre, and significantly updated the form by enriching it, as he said himself, with a "poetic content." World-renowned pianist Boris Berezovsky first got great acclaim at the age of 19, giving a brilliant recital at the Wigmore Hall in London. Two years later he won the 9th Tchaikovsky International Competition in Moscow. Today he is one of the most sought-after pianists, performs with top orchestras throughout the world and takes part in the largest festivals in various countries. He has played the Beethoven Concertos quite frequently, also all five on one night, and recorded them with the Swedish Chamber Orchestra. Boris Berezovsky's recordings have brought him numerous international awards such as ECHO Klassik, Choc de la Musique, Gramophone Award, BBC Music Magazine Award, Diapason d'Or, and others.