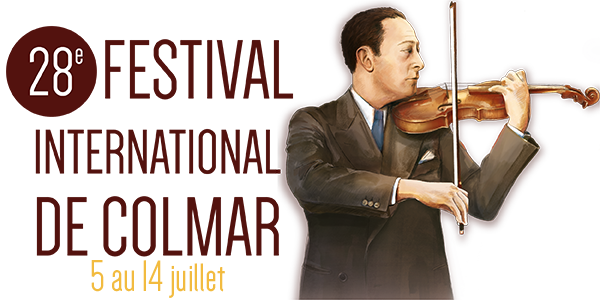 The National Philharmonic Orchestra of Russia will take part in the 28th International Music Festival in Colmar (France) from 7th to 14th  of July, 2016. The Festival in a picturesque corner of Alsace, held since 1980, was first organized and led by German conductor Karl Münchinger (1915-1990), the founder and director of the Stuttgart Chamber Orchestra. In 1989 Vladimir Spivakov was appointed the Artistic Director of the Festival with the support of the Mayor of the city of Colmar and its Tourism Office. From that moment there has been opened a new chapter in the history of the Festival, which widened the genre palette of its programs and increased its international prestige significantly. Vladimir Spivakov is not only the Artistic Director of  this music feast but also its active participant - as a conductor and a violinist. The main events take place in the Église Saint-Matthieu of the 14th century. The Festival programs are adorned by brilliant soloists, conductors, orchestras, choirs and chamber ensembles from different countries. One can name such esteemed musicians as Yehudi Menuhin, Mstislav Rostropovich, Krzysztof Penderecki, Eugeny Svetlanov, Grigory Sokolov, András Schiff, Jessye Norman, Eugeny Kissin, Denis Matsuev, Matthias Goerne and many others. The NPR concerts of the 28th  festival will feature a glorious group of bright violinists - Renaud Capuçon, Vadim Gluzman, Alexandra Konunova, Clara-Jumi Kang, Alexey Lundin and, of course, Vladimir Spivakov himself who will play the solo violin in Mozart's Violin Concerto №2 with the NPR under the baton of young Estonian conductor Mihhail Gerts. Among the French participants of the Festival this year there will be famous cellist Gautier Capuçon and the renowned Orchestre national du Capitole de Toulouse led by Tugan Sokhiev (with this collective Vladimir Spivakov will  play K.A. Hartmann's Concerto funebre). The NPR members, forming various  ensembles, will take part in the chamber music events at the Chapelle Saint Pierre. They include Timur Pirverdiev and Viktoria Blazhina (violin), Svetlana Stepchenko and Andrey Yarovoy  (viola), Nikolay Solonovich and Anna Pletyukhina (cello), Andrey Mikhailovsky (clarinet). Every year the Festival is dedicated to one of the greatest musicians of the 20th century (among them there have been Glenn Gould, David Oistrakh, Vladimir Horowitz, Yehudi Menuhin, Fyodor Chaliapin, Sviatoslav Richter, Dmitri Shostakovich, Mstislav Rostropovich, Jessye Norman et al.). In 2016 the Festival will render homage to famous violinist Yasha Heifetz (see Vladimir Spivakov about Yasha Heifetz). Detailed programs of the 28th International Festival in Colmar are in the Concerts Section.