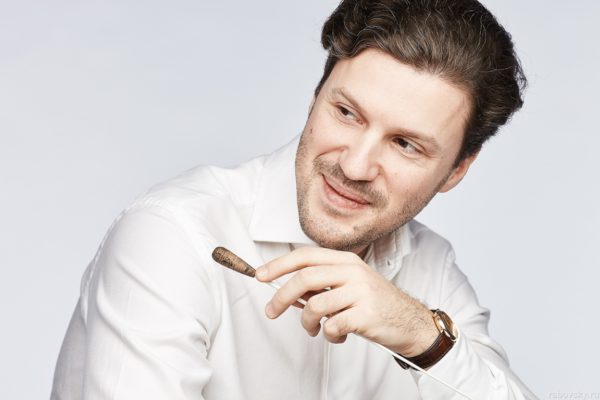 October 20, 2016 | The Tchaikovsky Concert Hall MGAF Subscription Series No. 17 Fauré. “Pelléas et Mélisande”, Suite from the incidental music for M. Maeterlinck's drama., Op. 80 Sibelius. “Pelléas et Mélisande”, Suite from the incidental music for M. Maeterlinck's drama staging, Op.46 Schoenberg. Symphonic Poem “Pelleas und Melisande” Conductor – Stanislav Kochanovsky The National Philharmonic Orchestra of Russia opens its first subscription series at the Moscow Philharmonic Society by a monothematic programme, combining three different musical readings of the cult drama "Pelléas et Mélisande" (1892) by symbolist Maurice Maeterlinck. On the NPR's podium - Stanislav Kochanovsky, one of the most interesting and sought-after young conductors in Russia today. The Maestro works with many leading Russian and European orchestras. “It is obvious that the young man is a real phenomenon”, – say the media. “He is amazingly, uniquely modern in his perception of music and style." The most famous musical rendition of Maeterlinck's drama is Claude Debussy's opera under the same title. However, one of the first composers, putting this play to music, was Gabriel Fauré who wrote a musical score for a drama staging in London in 1898. This work has turned out to be one of Fauré's greatest achievements in the field of symphonic music (especially as his colleague Charles Koechlin helped him with the orchestration). The Suite from the incidental music for the drama has gained a long concert life. It consists of four symphonic intermissions (entr'actes): Prelude, Fileuse, Siciliana and Mort de Mélisande. In 1903 Arnold Schoenberg composed Symphonic Poem “Pelleas und Melisande” in the vein of the late programme symphonic romanticism. It was performed under the composer's baton at the Wiener Musikverein on January 25, 1905. Unlike Debussy and Fauré, Schoenberg radically reinterpreted the scaring poetic mystic atmosphere of Maeterlinck's play and created a full-fledged picture of human torments and passions, blending the features of a symphonic poem and Wagnerian music drama. Finally, two years later, Jean Sibelius wrote his Symphonic Suite from his incidental music for the staged play. Sibelius's score is unusual: the author did not try to recreate in his music the emotional atmosphere of Maeterlinck's play and prefered to avoid sharp contrasts, dramatic explosions, anxiety and fear. Sibelius's music rather counterpoints what is happening: it is kept in muted tones and is filled with quietude. The most popular part of the Suite was the Finale – "The Death of Mélisande," which, like "The Death of Isolde" by Wagner, is often performed in symphonic concerts.