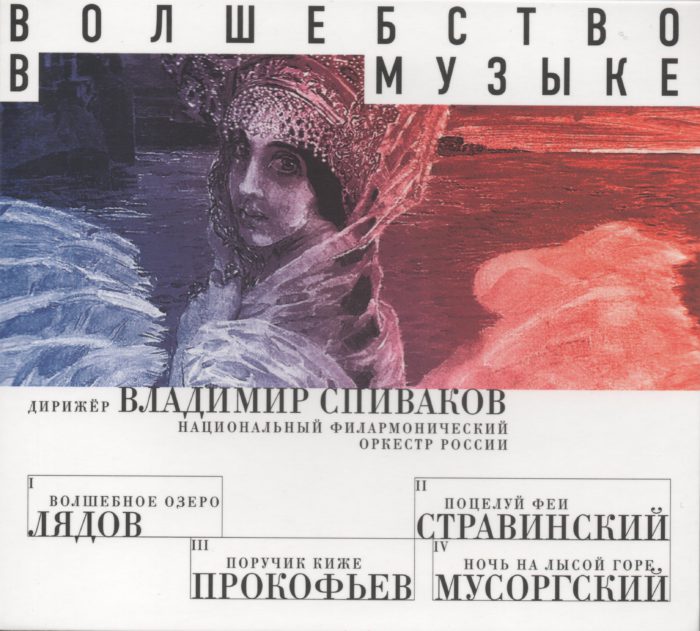 On our site you can hear now (page Audio in the "Multimedia" Menu) the NPR's new recordings, all parts of the new album titled "Magic in Music" conducted by Vladimir Spivakov, which include "The Enchanted Lake" by Anatoly Lyadov, "Lieutenant Kije" by Sergei Prokofiev, "Le baiser de la fée" by Igor Stravinsky and "Night on Bald Mountain" by Modest Mussorgsky. The CD was recorded in 2015 at the Moscow International Performing Arts Center and released under the "Spivakov Sound" label.