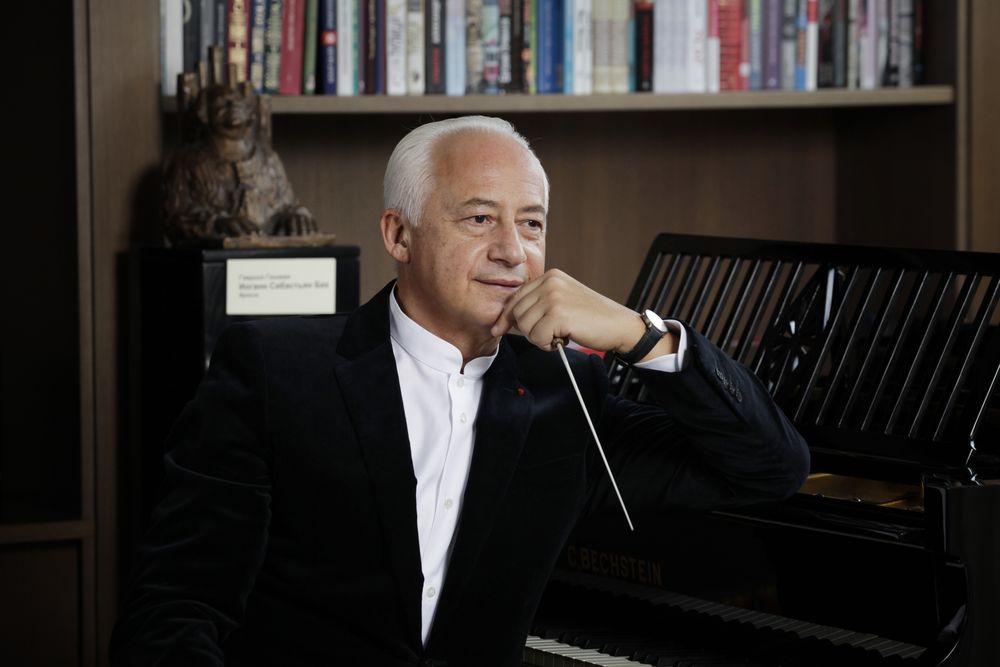 November 3, 2016 | The Svetlanov Hall of the Moscow International Performing Arts Center To the 125th Birth Anniversary of Sergei Prokofiev Soloists: Alexander Romanovsky, piano Alexandra Konunova, violin (Moldova) Conductor – Vladimir Spivakov Programme: Sergei Prokofiev Concerto No. 3 for piano and orchestra Concerto No.1 for violin and orchestra Excerpts of the «Romeo and Juliet» Ballet To commemorate the 125th birth anniversary of Sergei Prokofiev, Vladimir Spivakov and the NPR have prepared a monographic program of the composer's Symphonic Suites and Concertos. "Prokofiev was a genius. I love his music for its audacity, freshness, incredible musical ideas, brilliant orchestration, - says the Maestro. - I will take part in this celebration at the behest of my heart. After all, we play Prokofiev every season, and this year is no exception.” Prokofiev dealt with a wide scope of various themes in his work, the meaning and significance of his art being revealed in his own words: "I believe that a composer, as well as a poet, a sculptor or a painter, is bound to serve to mankind. He must chant human life and lead a person to a brighter future. " One of such manifestos of love and humanity was his ballet "Romeo and Juliet", excerpts from which are extensively played by a great variety of formations all over the world. The immortal ballet music will close the NPR's concert . The program also includes two well-known Concertos by Prokofiev – the Second Piano Concerto (with Alexander Romanovsky as the soloist) and the First Violin Concerto (with Alexandra Konunova as the soloist). The New York Times in an article on the best contemporary pianists selected Alexander Romanovsky out of the many, mentioning not only the striking perfection of his playing, but also his artistic personality and noble taste. Today the winner of international competitions in Bolzano and in Cantù (Italy), the prize-holder of the XIV International Tchaikovsky Competition lives in Italy. "According to conductor Carlo Maria Giulini, with whom I fully agree, after Arturo Benedetti Michelangeli and Maurizio Pollini there has been no such a pianist in Italy ", - says Vladimir Spivakov about his permanent artistic partner. Violinist Alexandra Konunovu from Moldova, who won the Bronze Medal at the latest Tchaikovsky Competition, is often compared with Hilary Hahn: "The passion and fire in the playing, the invincible triumphant confidence evident in every gesture and look, the flexible bow, the awesome savory vibrato, and the strong, muscular sound." Earlier Alexandra was awarded prizes at such contests as the Tibor Varga Violin Competition in Switzerland, the George Enescu Competition in Bucharest and the Joseph Joachim Violin Competition in Hannover. The success in Moscow has opened new horizons for her and brought new engagements. With the NPR the violinist first played this summer at the "Vladimir Spivakov Invites ..." Festival in Perm, and then took part in the International Music Festival in Colmar (France). The concert in Moscow will be a continuation of the successful cooperation of the musicians.