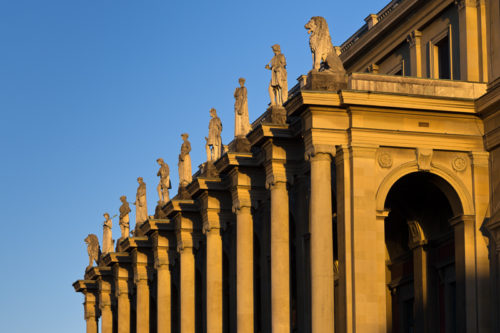 The NPR is starting its German and Belgian tour on the 16th of November, 2016. The NPR plays in Germany every year, taking part in its famous summer festivals. For instance, in July 2016, the Orchestra gave a concert under the baton of Vladimir Spivakov with pianist Martin Helmchen at the Kissinger Sommer Festival in Bad Kissingen. This November, the Orchestra will give 11 concerts in major musical centers of Mannheim, Gütersloh, Bruges, Antwerp, Viersen, Essen, Düsseldorf, Erlangen, Regensburg, Munich (the Hercules Hall). The tour will end on the 27th of November in Stuttgart. For the detailed tour programme – see the Concerts section. The NPR concerts in Germany will feature famous Russian pianists: Dmitry Masleev, the winner of the XV International Tchaikovsky Competition, and Nikolai Tokarev, a winner of the Concours Géza Anda and an ECHO Klassik prize-winner. In Belgium the partner of the NPR will be Tae-Hyung Kim, a virtuoso pianist from South Korea, a winner of international competitions in Hamamatsu, the Concours Long-Thibaud-Crespin in Paris, the Concours Reine Elisabeth in Brussels and others. Estonian conductor Mihhail Gerts, who was the NPR's regular artistic partner and one of the most active members of the Orchestra's tours in the last season, will conduct the Orchestra in Viersen on the 21st of November. The other concerts will be led by artistic director Vladimir Spivakov. The tour programmes include works by Tchaikovsky (the First Piano Concerto, the Fourth and the Fifth Symphony, the "Romeo and Juliet" Overture-Fantasy) and Rachmaninoff ("Symphonic Dances", the Second Piano Concerto).