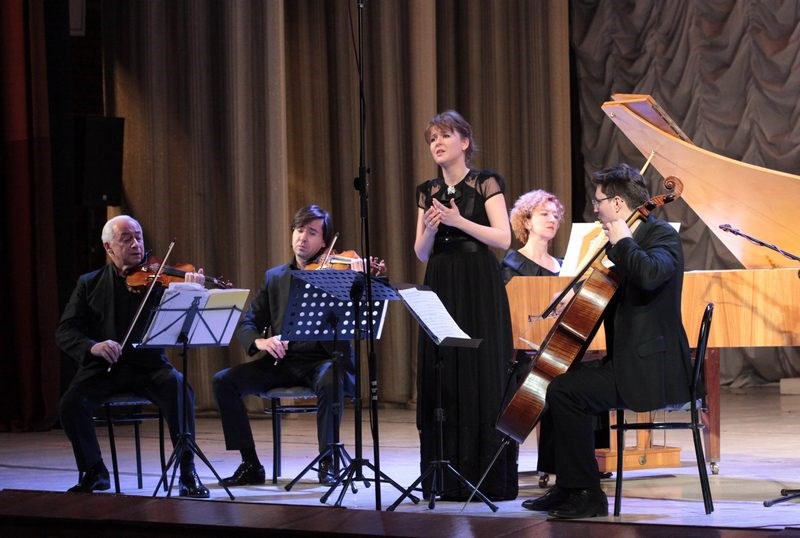 December 18, 2016 | «Helikon Opera», Moscow December 19, 2016 | The State Academic Capella of Saint-Petersburg BACH'S HOUR. "Man, Love the World and Peace!" Vladimir SPIVAKOV, violin Anastasia BELUKOVA, soprano Timur PIRVERDIEV, violin Dmitry PROKOFIEV, cello Zoya ABOLITS, harpsichord J.-S. Bach. Arias from Cantatas No.No. 208, 57, 186, 68 and Mass A major BWV 234 Sonata for violin and harpsichord A major BWV 1015 On December 18 and 19 (first in Moscow then in St. Petersburg), Vladimir Spivakov and his colleagues will present the programme "Bach's Hour" subtitled as "Man, Love the World and Peace!". Anastasia Belukova (soprano), the NPR's Concertmaster Timur Pirverdiev (violin), Zoya Abolits (harpsichord) and Dmitry Prokofiev (cello) will take part in the concerts along with the Maestro. The chamber programme features soprano arias from Bach's Cantatas and Masses accompanied by two violins, cello and harpsichord. Such chamber music-making was widely practiced in the Baroque era: many Bach's Cantatas were first played in aristocrats' houses. Vladimir Spivakov initially prepared this chamber music evening as one of the central points of the International Music Festival in Colmar (2009), and consequently returned to it many a time, performing it on tour and in Moscow, also at the Moscow International Performing Arts Center. Vladimir Spivakov plays his famous Stradivarius violin. This concert provides a rare opportunity for the Moscow and the St-Petersburg public to hear the Maestro with his violin in a chamber repertoire. Arias from Bach's Cantatas will be sung by soprano Anastasia Belukova, a soloist of the “Novaya Opera" Theater. The singer, a prize-winner of international competitions, was also granted a "Triumph" Youth Award. "Johann Sebastian Bach's works are timeless, universal, great creations, - said Vladimir Spivakov - and his cantatas and oratorios form the most perfect and sublime part of the gigantic corpus generated by Bach's genius, the concentration of all the most personal in the heritage of the composer." The dynamic Sonata for violin and harpsichord in A Major played by Vladimir Spivakov and Zoya Abolits will provide a kind of contrast to the sacred lyrics of the Cantatas. The Concert at the "Helikon-Opera" is held in support of opera artists, thus the entire income from the ticket sales will be allotted to them.