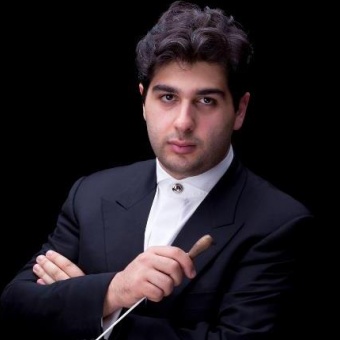 February 8, 2017 | Svetlanov Hall «Masterpieces for All Times» Subscription Series No.1 Soloist – Philipp KOPACHEVSKY, piano Conductor – Sergey SMBATYAN (Armenia) Rachmaninoff . «The Isle of the Dead», symphonic poem, Op.29 Rachmaninoff . Concerto No. 2 for piano and orchestra in C minor, Op.18 Rimsky-Korsakov. “Scheherazade”, symphonic suite, Op. 35 BUY TICKET The "Masterpieces for All Times," Subscription Series of the National Philharmonic Orchestra of Russia the second season in a row takes its themes out of the treasury of world music. Not all the works that are performed by one of the best Russian orchestras belong to the staple repertoire, perhaps someone will get acquainted with them for the first time. But all the opuses are worthy of close attention, because each of them is a "pinnacle of creation" (French chef-d'œuvre): is unique of its kind and reflects both the highest mastery of the composer and the inspiration descended upon him- a spark of God, without which it is impossible to breathe life into the most perfect shape. The program of the February concert is intelligent and impressive: Rimsky-Korsakov's "Scheherazade", Rachmaninoff's "The Isle of the Dead" and Second Piano Concerto present a wide spectre of musical visions, providing at the same time an opportunity for the conductor, the soloist and each orchestra member to display their skills. Philipp Kopachevsky has been invited to play the solo part in the Piano Concerto. A prize-winner at international competitions in Russia, Italy, the Netherlands, Germany and Spain, Kopachevsky has gained particular popularity in Japan, where he has recorded a Chopin Album on commission by NHK. Criticis give him the highest appraisal: "The young pianist’s playing has a perceptibly personal message. The natural blend of mastery and spiritual maturity with raw emotion, the freedom with which the pianist expresses himself and his Romantic sincerity and nobleness win one over from the very first notes...” “From the first notes he plays, you sense the pianist’s powerful and lyrical individuality. His piano sings – this is a very rare quality nowadays, typical of a Romantic worldview; he retains clarity in his pianism and his phrasing is beautiful and pliant..." On the podium the audience will see 29-year-old Sergey Smbatyan, a founder and director of unique ensembles such as the Youth Orchestra of Armenia, the UNICEF Children's Orchestra, and the "24/04" World Orchestra. Sergey Smbatyan is an outstanding personality and a bright talent. At the age of 13 he won prizes at several international violin competitions in Japan, Romania and Italy, and began performing as a soloist with top orchestras in the world. He graduated cum laude from both the Yerevan Komitas Conservatory and the Moscow Tchaikovsky Conservatory as a conductor, then continued his studies at the Royal Academy of Music in London. In 2005, at the age of 18, he founded and headed the Youth Orchestra of Armenia, which three years later got the State status. In summer 2016 Sergey Smbatyan won the International "Debut Berlin 2016" Competition and obtained the right to conduct the Berlin Symphony Orchestra in the distinguished Berlin Philharmonic Hall. He was awarded with the “Honored Artist of the Republic of Armenia” Title by the RA President Serzh Sargsyan in 2016. In the autumn of 2015 Smbatyan conducted Vladimir Spivakov's Moscow Virtuosi Chamber Orchestra for the first time. Now it will be his debut with the NPR.