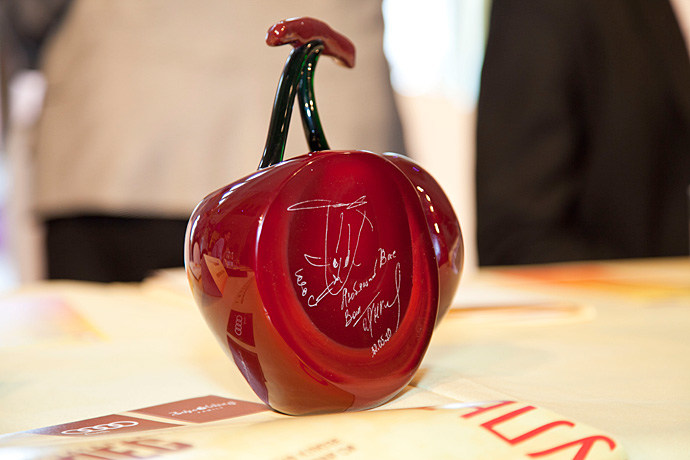 Vladimir Spivakov's concerts with young musicians have become an indelible part of the Open Arts Festival "Chereshnevy Les" (Cherry Orchard). Over 20 years the Maestro has been searching for and supporting young talents, and he was justly awarded the Prize of the Government of the Russian Federation in the Field of Culture for his Charity Foundation.

The first part of the concert will feature Sergei Rachmaninoff's Second Piano Concerto with Alexander Malofeev as the soloist. At the age of 15 he has already been an award-winner at more than ten international competitions, and got the First Prize and the Gold Medal of the VIII Tchaikovsky International Competition for Young Musicians in Moscow, while in May 2016 he received the Grand Prix at the First International Competition for Young Pianists “Grand Piano Competition”. He tours actively, playing in the top Halls of the world, and often takes part in the concerts of the National Philharmonic Orchestra of Russia under Vladimir Spivakov.

In the second part the soloist will be Daniel Lozakovitj, a student of the University of Music in Karlsruhe (Germany). He is a prize-winner of international competitions in Sweden, Belgium, Macedonia and the United States, whereas the Russian public got acquainted with him after his winning the XII International Television Contest “The Nutcracker” for Young Musicians in Moscow. In 2016 he became the unconditional winner of the First Vladimir Spivakov International Violin Competition in Ufa.

The Open Arts Festival "Chereshnevy Les", founded by Mikhail Kusnirovich's Bosco Di Ciliegi Company, has been held since 2001. The Festival combines various types of arts - from drama theater, classical music and painting to contemporary original art projects. "This Festival is charged hugely with kindness and love. It unites us in the general desire to improve human relationships, our cities, our country, the people themselves," says Vladimir Spivakov. "It is a festival of the people who are not indifferent, and I am happy to belong to this family."