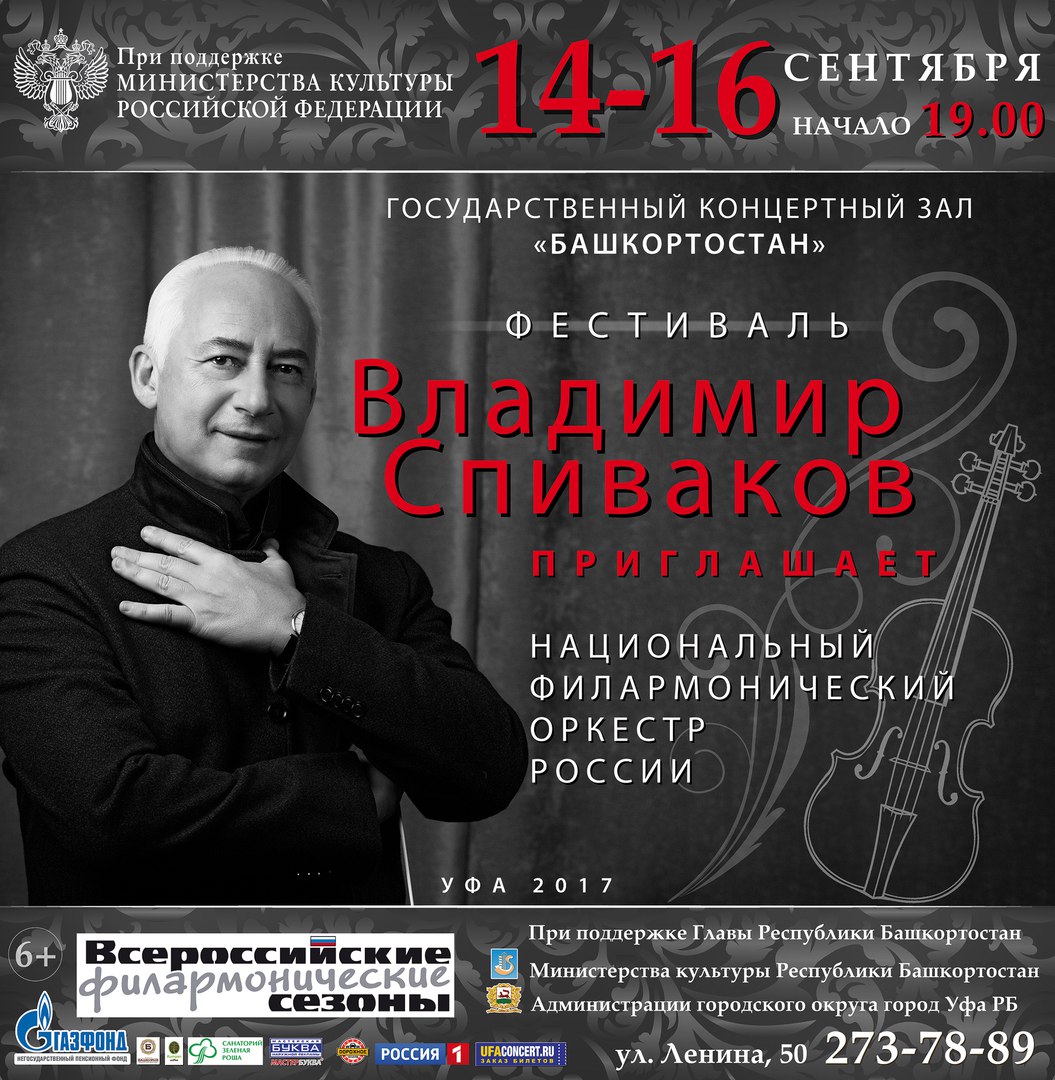 On September 14 to 16, the "Bashkortostan" State Concert Hall will host the third edition of the "Vladimir Spivakov Invites ..." Festival. Once again, the National Philharmonic Orchestra of Russia will lead the Festival programs, opening its new concert season in Ufa. All three concerts will be conducted by Vladimir Spivakov, the NPR's Artistic Director. The Maestro will also present to Bashkirian audience rising stars of performing arts, some of whom are already known to Ufa's music lovers.

On the Festival's final day, September 16, the concert will consist of two very different parts. The first one is dedicated to sympho jazz and will feature George Gershwin's music: "An American in Paris" Suite followed by the virtuoso Fantasy "Postcards from New Orleans" for trumpet and symphony orchestra, arranged and performed by Vadim Eilenkrig, a famous Russian musician, trumpeter and TV presenter.

In the second part of the Festival's final concert Charlie Chaplin's silent movie "The Kid" will be shown with live music. The music for the film was written by the great director himself fifty years after the film had been released, and in the 1990s American composer and conductor Carl Davis reconstructed the score for concert playing. In 2016, Vladimir Spivakov and the NPR presented a similar multimedia project to Ufa's public, i.e. Chaplin's film "City Lights" accompanied by the NPR.

The first edition of the "Vladimir Spivakov Invites ..." International Festival was held in Ufa in September 2015. The musical project, that has taken place in many towns of Russia and abroad, was organized with the support of the Head of the Republic of Bashkortostan Rustem Khamitov. In the same year, Maestro Vladimir Spivakov, born in Ufa, was awarded the title of Honorary Citizen of the city. In 2016, Vladimir Spivakov led the First Ufa International Violin Competition bearing his name.