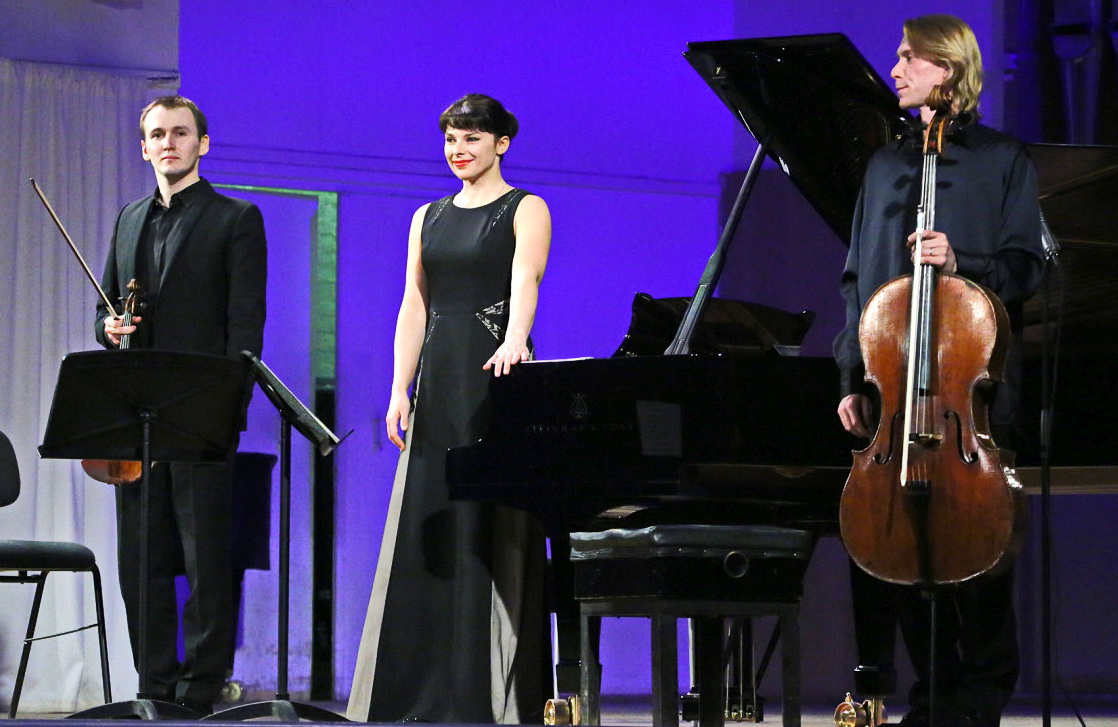 The National Philharmonic Orchestra of Russia will give its first Moscow concert of the new season on September 30 at the Tchaikovsky Concert Hall. The event is dedicated to the 10th anniversary of the artistic aliance of three remarkable musicians - pianist Ekaterina Mechetina, violinist Nikita Borisoglebsky and cellist Sergei Antonov. Former child prodigies, today they have become internationally acknowledged performers. Despite their busy tour schedules, the artists find time to play together. The first joint concert of Ekaterina Mechetina, Nikita Borisoglebsky and Sergei Antonov took place in the autumn of 2007 at the Great Hall of the Moscow Conservatory. Since then, the musicians present their new programs in Moscow halls every year, go on tour over Russia. The Trio's jubilee concert will take place within the framework of the "Romantic Concertos - the Territory of Discoveries" Subscription Series.

The program will open with Beethoven's Triple Concerto - a unique opus in the wide series of Beethoven's masterpieces. The wide scope of thoughts and images, the active interaction between the soloists and the orchestra, the powerful dynamics make this work closer to a symphony. The absence of cadences, traditional for a solo concerto, is counterbalanced by the episodes of the soloists of the Trio. Beethoven's Triple Concerto earlier brought together such famous musicians as Alfred Cortot, Jacques Thibault and Pablo Casals; Lev Oborin, David Oistrakh and Sviatoslav Knushevitsky; Sviatoslav Richter, David Oistrakh and Mstislav Rostropovich.

The second part of the concert will be the world premiere of a new work by our contemporary Kuzma Bodrov. Once a student and now an assistant of Alexander Tchaikovsky at the Moscow Conservatory, Bodrov is a winner of many competitions. Since 2012 he is a visiting professor at the Katarina Gurska School of Music and Foundation in Madrid, and a composer-resident at the JMJ Orchestra. Kuzma Bodrov's music sounds in Russia, Europe and America, his works are performed by many collectives. He has collaborated with the members of the Mechetina - Borisoglebsky – Antonov Trio separately, while now the new opus will unite the musicians in the Concerto for Violin, Piano and Cello with Orchestra.

The National Philharmonic Orchestra of Russia will be led by Filipp Chizhevsky - one of the brightest young conductors of our time. The musician collaborates with many Russian and foreign collectives. He is the founder of the Questa Musica Ensemble of baroque music. Chizhevsky has conducted several premieres of works by contemporary composers, including the "Sverlia Inhabitants" Operatic Series at the Stanislavsky Electrotheatre. Mr Chizhevsky has been twice nominated for the Golden Mask Award.


Kuzma Bodrov about his opus: