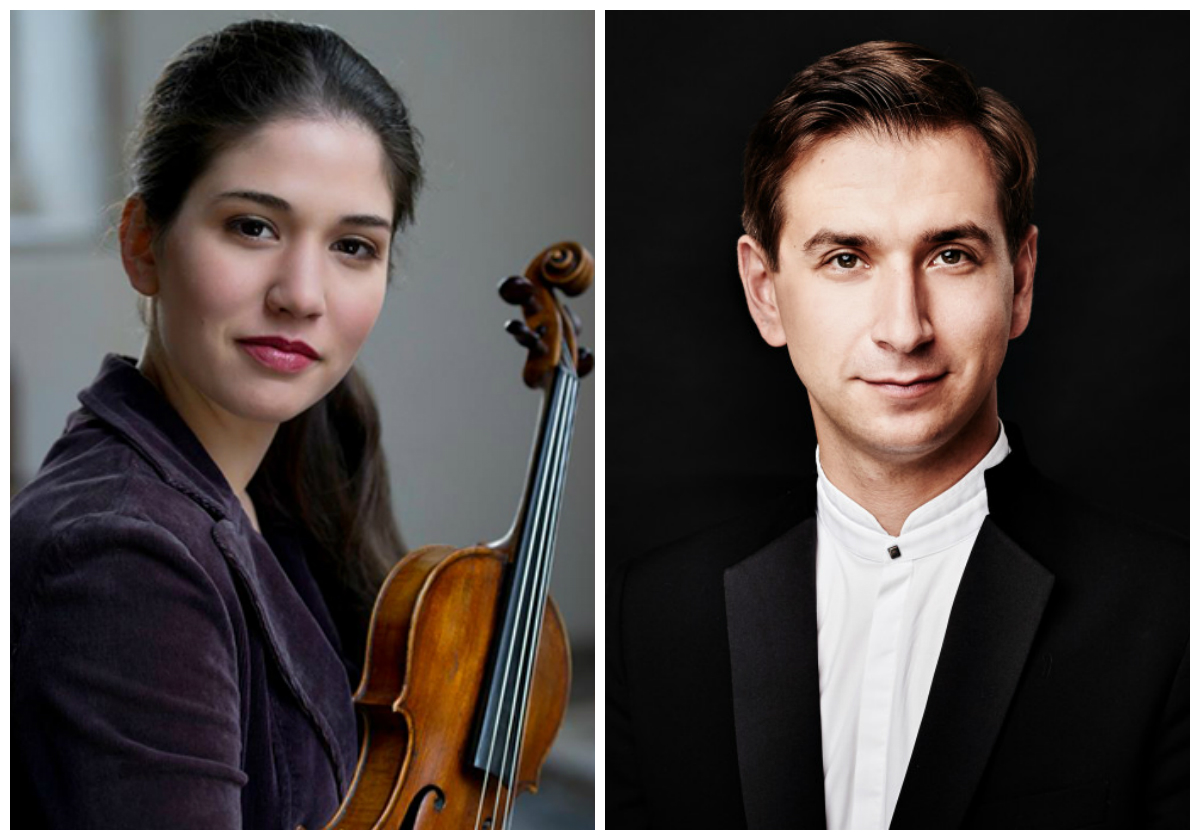 October 5, 2017 | Svetlanov Hall of the MIPAC
«Masterpieces for All Times» Subscription Series No.1
Soloist – Agnes LANGER, violin (Hungary)
Conductor – Mihhail GERTS (Estonia)
Beethoven. Overture to the ballet "The Creatures of Prometheus”, Op. 43
Shostakovich. Concerto No. 1 for violin and orchestra in A minor, Op. 77
Beethoven. Symphony No. 5 in C minor, Op. 67

The First Vladimir Spivakov International Violin Competition, was held in Ufa, the native city of the Maestro, in May 2016. The Second Prize of the Competition and an expensive instrument made by French master Alain Carbonare were awarded to Agnes Langer, a violinist from Hungary. The well-known violinist and conductor, former Artistic Director of the Bashkortostan National Symphony Orchestra, Rustem Suleimanov, who was as impressed as all the jury members, described her in these words: "Agnes Langer was not afraid of her competitors and went on stage in full anticipation of the battle. To bring Shostakovich's Concerto to a Russian competition - you know, one has to be brave! A juicy sound, impeccable tempo, dynamic battles of the small violin and the large orchestra, relentless torments of the greatest composer – all that was in her playing.”

Agnes studied violin at the Hochschule für Musik in Mainz. By the trip to Ufa, she had already become a prize winner of a number of prestigious contests such as B. Bartók National Violin Duo Competition and the E. Zathurecky National Competition in Hungary as well as the Yu.Yankelevich Competition in Omsk (where she also got the audience prize), etc. Since her 11 years she has been performing in big halls. Today Agnes Langer successfully tours with recitals and concerts, and is also the leading member of the Mainzer Virtuosi Chamber Orchestra. In 2014, she was awarded a grant from the Zukunftsinitiative (ZIRP) of Rhineland-Pfalz (Germany).

The NPR will be led by Mihhail Gerts, a recent revelation for the Russian musical community, a diploma holder of the Svetlanov Competition in Paris, a finalist of the Donatella Flick Competition in London, a winner of the German Operetta Award for young conductors. In 2015-2017 Gerts was the Conductor and Assistant Music Director at the Hagen Theater in Germany. In 2015, he began to work with the NPR and a year later became one of the most active participants in the Orchestra's tours, brilliantly demonstrating himself at the Vladimir Spivakov Festivals in Omsk, Perm and Colmar. Vladimir Spivakov invited his young colleague to his violin competition in Ufa, where Gerts, in particular, accompanied to Agnes Langer in Shostakovich's Concerto.