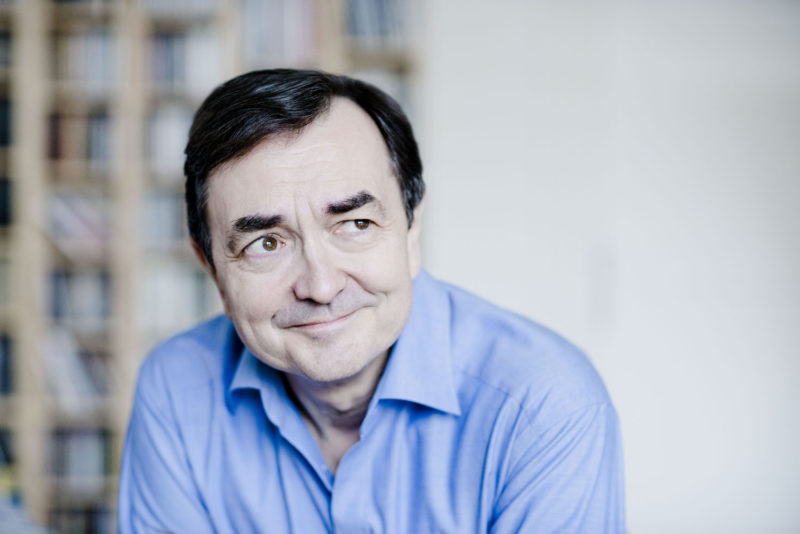 French pianist Pierre-Laurent Aimard, one of the greatest masters of the piano art of our days, will play at the Tchaikovsky Concert Hall on October 12 and 14. The musician, whose emblematic interpretations of classics and modern music have gained worldwide recognition, will be heard in Beethoven masterpieces: Sonata No. 29 ("Hammerklavir") on October 12 and the Third and the Fifth Piano Concertos accompanied by the National Philharmonic Orchestra of Russia under Vladimir Spivakov on October 14. Aimard's recital also includes Twelve Etudes by Debussy.

The Pianist's brilliant international career started in 1973 after his winning the Olivier Messiaen International Piano Competition (Concours Olivier Messiaen). Since that time every year he gives dozens of recitals, plays in ensembles, performs with the best orchestras of Europe and America. He has collaborated with the greatest conductors, directed major music festivals in California, London, Aldeburgh. For 18 years he had been a member of the famous Ensemble InterContemporain founded by Pierre Boulez.

Pierre-Laurent Aimard is one of the outstanding interpreters of the works by Olivier Messiaen and many other composers of the 20th century. He has participated in numerous premieres of the works by Pierre Boulez, Karlheinz Stockhausen, György Ligeti, George Benjamin, Steve Reich, Marco Stroppa, Elliott Carter, Péter Eötvös, Harrison Birtwistle, Julian Anderson, and others.

The musician was granted the Royal Philharmonic Society Instrumentalist Award, the Victoires de la musique Award as the best instrumentalist in France, the Ernst von Siemens Musikstiftung Award and many others.
It will be Pierre Laurent Aimard's first encounter with Vladimir Spivakov.