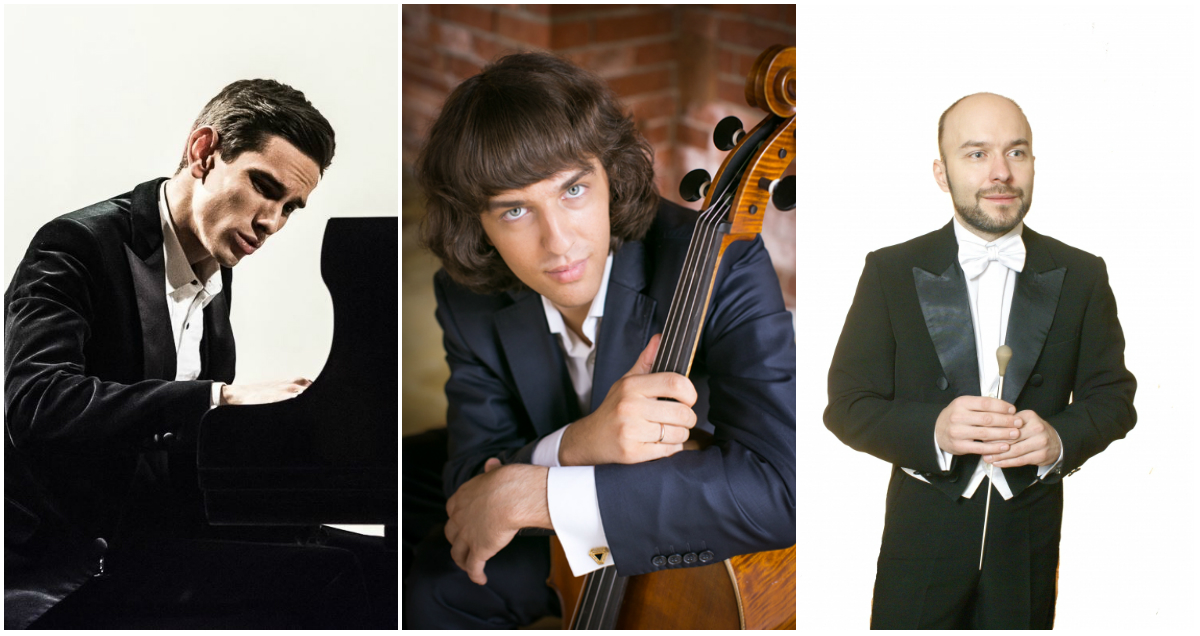 The NPR's concert program for November 27 at the “Philharmonia-2” Hall features glorious instrumental Concertos of the Romantisism era. French composer Camille Saint-Saëns wrote the A-Minor Concerto for his favorite instrument - cello - in 1872 for Auguste Tolbecque, the famous Belgian virtuoso. Sir Donald Francis Tovey later wrote "Here, for once, is a violoncello concerto in which the solo instrument displays every register without the slightest difficulty in penetrating the orchestra." The Norwegian classic Edvard Grieg wrote his only Piano Concerto when he was 25 years old, but this work became one of the acmes not only in the composer's work, but also in the world piano literature on the whole. Following Chopin and Schumann, Grieg created a paragon of a lyric concerto - a masterpiece speaking the language of the Norwegian folk music and inspired by the Norwegian nature.

The program will be adorned by two symphonic works. One is Saint-Saëns' Poem "Phaéton", written on the motives of the ancient Greek myth about Phaethon, the son of Helios, a solar deity, who dared to drive the Sun chariot but failed to cope with the fiery horses and was stricken by Zeus' thunderbolt to save earthly life. The second Part will be opened by the popular "Valse triste" by Jan Sibelius from the music to the drama Kuolema (Death) by Arvid Järnefelt. In the play, the protagonist's mother dances a waltz with Death which appeared to her disguised as her deceased husband.

Two bright young virtuosos, already darlings of the philharmonic audience, will play the solo parts. Pianist Dmitry Shishkin, Eliso Virsaladze's student, is especially adept in the romantic repertoire. He won awards at such international contests as Top of the World in Tromsø (Norway, 2017, I Prize), the Chopin Competition in Warsaw (2015), the Concorso Pianistico F. Busoni in Bolzano (Italy, 2013) and several others. Cellist Alexander Ramm gained much in popularity after his luminous performance at the XV Tchaikovsky International Competition, where he was awarded the Second Prize. He is also the winner of competitions in Boston and Beijing, the 1st All-Russian Music Competition in Moscow, the winner of the A. Janigro Competition in Zagreb and the Paulo Cello Competition in Helsinki (the only winner from Russia in the history of the Contest).

On the conductor's podium there will appear Alexander Soloviev, the NPR's permanent conductor, who frequently conducts at the Bolshoi Theatre and at the Galina Vishnevskaya Opera Centre. Mr Soloviev also teaches at the Gnessins Musical Academy.