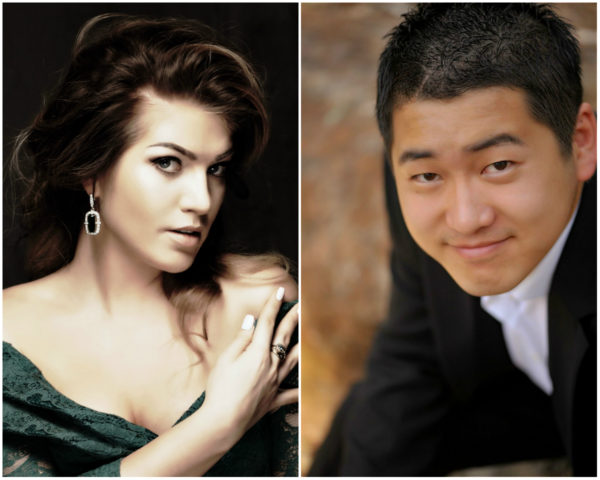 The Ildar Bakeev Entertainment Company is forced to announce that because of his indisposition German tenor Jonas Kaufmann will not be able to take part in the concert which opens the "New Year at the Conservatory" Festival  on December 31. His performance will take place later, and the negotiations about the new date are already being held. All the ticket owners for the Jonas Kaufmann Concert will be admitted to the Sylvester Concert at the Great Hall on December 31, 2017, and then keep their tickets until Jonas Kaufmann's concert which date will be given within a short time. Therefore they will have the opportunity to attend two events for only one ticket.

Kang Wang is an award-winner of the International Hans Gabor Belvedere Singing Competition, a finalist of the BBC Cardiff Singer of the World Competition, the winner of the People's Choice Award at the JSRB Bel Canto Award Winners and the Dallas Guild Vocal Competition. He made a bright role and stage debut as Narraboth in the new production of R. Strauss's Salome in the season 2016-2017 on the stage of the Metropolitan Opera, and immediately made people talk about him. "Kang Wang sang with elegance and fervor as the young Narraboth", - writes Opera Wire. "Kang Wang made an endearing Elvino singing with an ardent voice and sending phrases soaring without any hint of forcing." - notes The New York Times about his role in Bellini's  La Sonnambula. "His talent reminds me of Pavarotti," says his teacher Joseph Ward, a Chevalier of the Order of the British Empire, about Kang Wang. "Kang's potential  and diligence are so great that I am sure that in the future Wang could be singing everything Pavarotti and Domingo sang … He is that good.”

Ekaterina Morozova is an award-winner of international contests such as the Elena Obraztsova Competition, the Mirjam Helin International Competition in Helsinki, the  Hariclea Darclee Voice Competition in Romania, and others. After attending the Academy of Young Singers of the Mariinsky Theatre and the Youth Opera Program of the Bolshoi Theatre, in 2014 Ekaterina made her debut at the Bolshoi Theatre in Mozart's Cosi fan tutte as  Fiordiligi. In 2015, she sang the title role at the premiere of Tchaikovsky's Iolanta, and in the following season she became a soloist of the opera troupe there. In 2017, she sang the part of Nastasya Filippovna in the premiere production of  M. Weinberg's opera The Idiot, as well as the title role in Iolanta at the Opera Festival in Savonlinna (conductor Tugan Sokhiev).