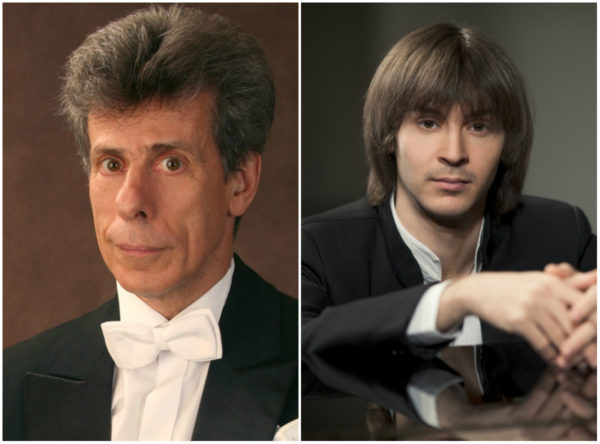 The National Philharmonic Orchestra of Russia continues its  subscription series at the Moscow Philharmonic Society with a concert led by Jan Latham-Koenig, a British conductor, the Musical Director of the E.V. Kolobov “Novaya Opera” Theatre in Moscow. The Maestro is the NPR's  long-standing artistic partner and has conducted many exceptional programs (in particular, in the framework of the “Conductor's Choice” Subscription Series), which invariably attracted  great attention of the audience. The Conductor's new program is also singular and elegant and includes, along with such indisputable hits as Saint-Saëns's Danse macabre and  Ravel's Suite from the Daphnis and Chloe Ballet, the works that are not heard too often in concert halls.

Among the oddities there is Francis Poulenc's Piano Concerto, the composer's last work in the Concerto genre, commissioned by the Boston Symphony Orchestra for the restoration of diplomatic relations between the United States and France after the Second World War. Anton Webern's "Im Sommerwind: Idyll for Large Orchestra”, written by the composer under the impact of Bruno Wille's pastoral poem on vacation: in Carinthia, is even more rarely performed. The romantic piece reminds of the expressive lyricism of Richard Strauss and Gustav Mahler and is a kind of a farewell to Post-Romanticism.

Philipp Kopachevsky is invited to play the solo part in the Piano Concerto. An award-winner of several international competitions in Russia, Italy, the Netherlands, Germany and Spain, Kopachevsky enjoys special popularity in Japan, where he recorded a Chopin Album as commissioned by the NHK. Critics show their high appraisal: "The natural blend of mastership and spiritual maturity, coupled with ingenuous delicacy, the freedom with which the pianist expresses himself, his Romantic sincerity and nobleness win one over from the very first notes...”
“From the first notes he plays, you sense the pianist’s powerful and lyrical individuality. His piano sings – such a rare quality nowadays, typical of a Romantic worldview; he retains clarity in his pianism and his phrasing is beautiful and pliant.. ".

Jan Latham-Koenig is the Principal Conductor and Chairman of the Artistic Board at the “Novaya Opera” Theatre. A graduate from the Royal College of Music in London. During his rich professional  life, the Maestro has directed the Orchestre Philharmonique de Strasbourg and the Opéra National du Rhin  (Strasbourg), the Teatro Massimo di Palermo, the Teatro Municipal de Santiago (Chile), the Wroclaw Philharmonic Orchestra (Poland) and several festivals. Since 2013 – Chief Conductor of the Flanders Symphony Orchestra (Belgium). Being an extremely popular conductor, the Maestro collaborates with top symphony orchestras around the world. Jan Latham-Koenig's work with the Moscow "Novaya Opera" Theatre started in 2008, he has appeared there as the musical director of new productions, and in 2014 got the "Golden Mask" National Theatre Award  in the "Opera Gonductor" nomination for the Tristan und Isolde production.