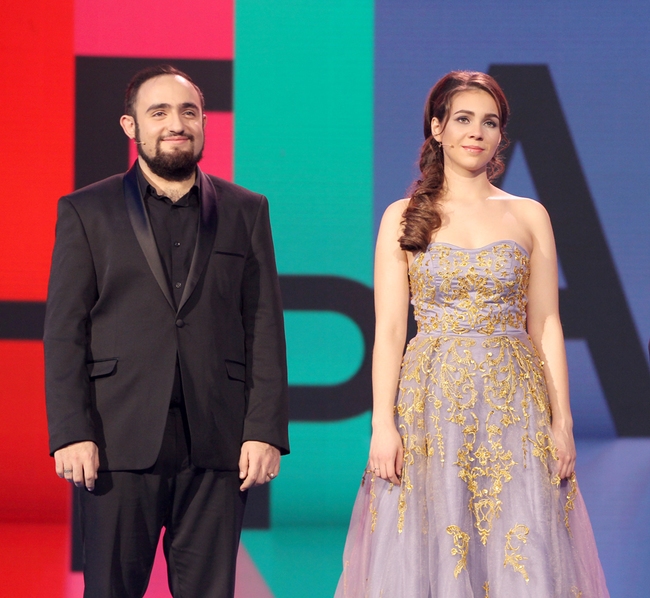 "Grand Opera" is the only professional television competition for young singers, produced by the "Russia K" TV Channel. Its main objective is to discover new talented opera singers and help them gain popularity. The first three seasons of the Project in 2011, 2013 and 2014 aroused a great interest among the audience and took a worthy place in the row of television programs. The authors of the Project were able to keep a necessary balance - to create a dazzling spectacle, meeting the expectations of the today's audience, that successfully combines elements of a colorful show and an academic concert that brought different categories of viewers to television screens.

In the 2016 Season Finals (accompanied by the NPR under the baton of Vladimir Spivakov and his colleagues), the contestants were Tigran Ohanyan, Yury Gorodetsky and Ksenia Nesterenko who won the vote of the audience. In the 2017/2018 season the NPR performs twice with the finalists of the "Grand Opera" Show, and the first concert was held at the Moscow Performing Arts Centre. On the NPR's conductor podium there was Alexander Soloviev. The concert on February 27 in the Philharmonia-2 with Ksenya Nesterenko and Tigran Ohanyan will be held under the baton of Vladimir Spivakov.

Ksenia Nesterenko is a student of the Saratov Conservatory, and already a soloist at the Saratov Academic Opera and Ballet Theatre. She was coached at the Monte-Carlo Opera Academy. The holder of the Grand Prix and the winner of the TV Show "The Grand Opera – 2016", she was recently awarded a Gold Prize at the Manhattan Music Competition in New York.

Tigran Ohanyan graduated from the Yerevan Conservatory, participated in the YAVA program at the Houston Grand Opera. He is a recipient of special prizes of the Delphic Games in Yerevan, the Young Opera Singers Competition in St. Petersburg, the Prize of the President of Armenia, a special prize of the G. Vishnevskaya Competition in Moscow. A Bronze medalist of the Delphic Games in Astana. The winner of the Grand Prix of the 3rd Minsk International Christmas Contest of Vocalists and the Prize of the jury of the "Grand Opera" TV Show (2016).