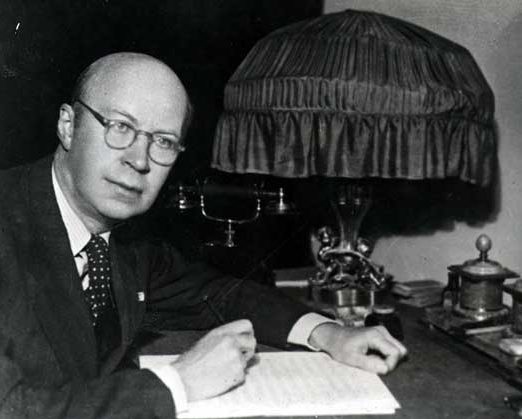 On the eve of the 65th anniversary of Sergei Prokofiev's death Vladimir Spivakov and the National Philharmonic Orchestra of Russia will present a concert fully compiled of the composer's works. Prokofiev is one of the essential personalities of the twentieth century's musical culture. He paved the way for new music, creating an individual style of his own. “The cardinal asset (or, if you like, a disadvantage) of my life has been the permanent search for the original, for my proper musical language. I hate imitation, I hate common practices... You can live as long as you want abroad, but you must return to your homeland from time to time for the genuine Russian spirit,” - the composer would say. Prokofiev's “Classical Symphony”, ballets ("Romeo and Juliet", "Cinderella", etc.) and Piano Concertos have earned him huge popularity and love all over the world. His works have always been an important part of Vladimir Spivakov's repertoire (both as a violinist and as a conductor).

Alexander Gavrylyuk, who will play the solo part in the Third Piano Concerto, after his victory at the Hamamatsu International Piano Competition was acclaimed as “the best young pianist of the late 20th century” by Japanese critics. Musicians of a world fame also appreciated highly the talent of their younger colleague: “Gavrylyuk is absolutely phenomenal: a dazzling virtuosity, the depth of reading music, intuition, intelligence, nobility” (Nikolai Petrov); “An extraordinary talent” (Vladimir Ashkenazy). The press was also lavish with the praise. For example, that is what they wrote about his Prokofiev in Amsterdam: “It was once said about Prokofiev that as a pianist, he had biceps of steal. It was with complete surrender that the 25 year old Ukranian plunged into his Second Piano Concerto. Technically speaking, no mountain is too high for him. It appears as though his hands are free to work magic with colour and articulation, to summon the most variable spheres and draw the packed Great Hall along in an extraordinary risky and exciting adventure” (Eddie Vetter). Alexander calls Vladimir Spivakov, with whom he has played many times, his mentor: “I cannot say that I take lessons from him, but I ask his advice whenever there is such an opportunity. He is a man of great generosity and knowledge, who puts all his heart into music. There are very few like him now.”