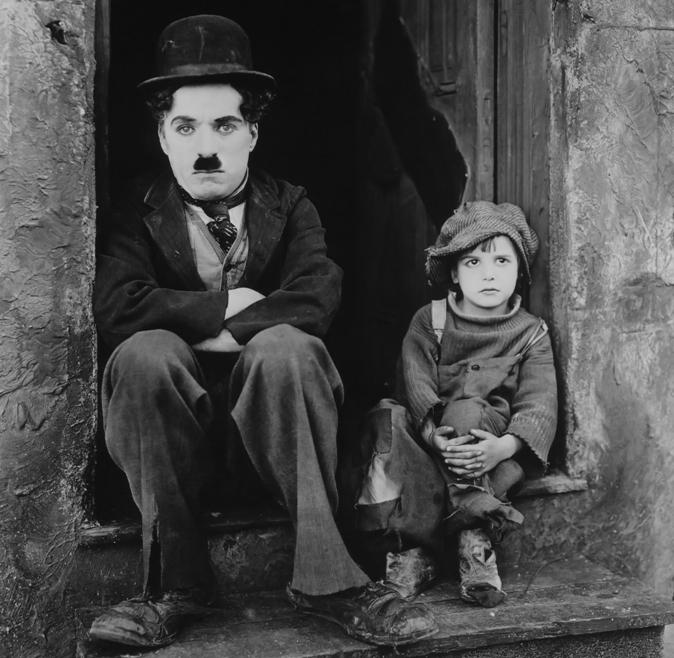 Charlie Chaplin was not only the director and screenwriter of his films, their main actor, producer, choreographer. In the end, he became also their composer. Chaplin had an excellent ear, an excellent sense of rhythm and form, a fine perception of musical vision and language, played several instruments and stood up on the conductor's podium sometimes. His first composer's challenge was the “City Lights” film, later on he composed music for 18 of his movies. “The Kid” (1921) was not an exception, but the soundtrack to it Chaplin shaped only 50 years after the release of the picture, taking us back to his youth - the English Music Hall culture. In the 1990s, American composer and conductor Carl Davis reworked the score of “The Kid” for concert performances.

“The Kid” was made during a very troubled period in Chaplin's life: a forced marriage, the death of the newborn baby three days after its birth. However, the creative impulses of an artist are unpredictable, and 10 days after the baby's funeral Chaplin began casting children for his future film. He was captured and inspired by the thought of making his Tramp (the legendary principal character of “City Lights” and other Chaplin films) the foster father of a foundling. As a result, he found his ideal little artist - Jackie Coogan who woke up famous the next morning after the film premiere.

Charlie Chaplin's "The Kid" with live music was screened for the first time in Russia at the opening of the XIV Concert Season of the Moscow Performing International Arts Center in October 2016. The National Philharmonic Orchestra of Russia was conducted by Vladimir Spivakov. “All films by Charlie Chaplin appeal to man, to his spiritual side, - says the Maestro. - In his first full-length movie, 'The Kid', a compassion theme appears. Chaplin seems to have got a special mercy gene. After all, this is a Gospel theme, and it says: 'I desire mercy, not sacrifice.' There is still hope in the film, and everything ends well.”

In Part I under Vladimir Spivakov's baton, two symphonic suites will be played, building a cultural bridge between America and Europe. They are original musical portrayals of Paris, written by Jacques Ibert, a native Parisian, and George Gershwin, a guest in the French capital.