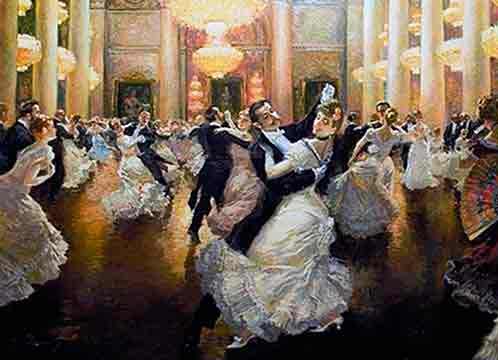 The National Philharmonic Orchestra of Russia closes the "Afternoon Symphonic Concerts" Subscription Series with a program all devoted to the Waltz. Once an unassuming Austro-Hungarian country dance, it spread into a city dance by the end of the 18th century, when Europe got literally plagued with a waltz epidemic. Lively and gentle, light and poetic, sparkling and languid, the waltz remains a symbol of Romanticism, glorifying the beauty of love. The authors of waltzes, the Waltz King Johann Strauss included, turned the earthy tones into high art.

Many Waltzes have honorable places in the musical classics treasury, reconciling the popular and academic spheres. Here belong the Waltzes by Tchaikovsky, Glinka, Glazunov, Rubinstein, Prokofiev. Liszt's “Mephisto-Waltzes”, based on Goethe's immortal tragedy "Faust", stand somewhat apart. In Mephisto-Waltz No. 1, Mephistopheles plays the fiddle at a peasant wedding in a village tavern and his music entrances all the people around.

The NPR concert features also Waltzes written by our contemporaries. Among them “And the Waltz Goes On” by Anthony Hopkins, the world famous actor and director (the artist is also the author of several other musical works, while he had written the Waltz 50 years before he decided to show his composition to professionals), and the Waltz by Italian composer Dario Marianelli from the score to the "Anna Karenina" film with Keira Knightley in the title role. Marianelli got Oscar, BAFTA and Golden Globe nominations for the soundtrack to this picture.

On the conductor's podium there will be Alexey Vereshchagin, the guest conductor of the Orchestra and a former participant of the NPR conductor-trainee group,. He graduated from the Moscow Conservatory and won the Grand Prix of the S.G. Eidinov All-Russian Conducting Competition. He perfected his skills, assisting to T. Currentzis, V. Spivakov, M. Pletnev, V. Jurowski, G. Rozhdestvensky. He performs with symphonic orchestras and conducts opera productions in Russia and abroad. He is the conductor of the New Opera World Vocal Contest.