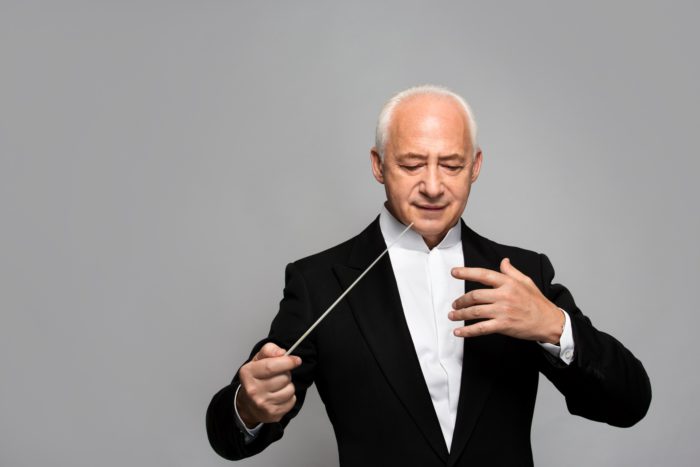 Going on through the "Masterpieces for All Times" Subscription Series, Vladimir Spivakov suggests a jaunt into the lyrical Austro-German Symphony. The outstanding late romantic Symphony by Mahler is coupled with Mozart's most famous adorable Piano Concerto bearing evident traits of musical romanticism. Tae-Hyung Kim, a Korean virtuoso pianist, now living in Germany, is invited to play the solo part. His name is rather new to the Russian public, but it is worth closer attention. Kim is the winner of some most prestigious international contests, such as the Hamamatsu Competition, the Marguerite Long Competition in Paris, the Queen Elizabeth Competition in Brussels and several others. He was educated in Seoul and Munich, then trained at the Moscow Conservatory. The musician is much in demand in Europe today. He turned out to be a wonderful partner to Vladimir Spivakov and the NPR during their Belgium tour last suer, but it will be their first joint Moscow performance.

The concert is focused on Mahler's Fourth Symphony. The composer called his symphonies “concepts”: “To write a symphony means to build a new world using the full apparatus of the modern musical technique,” - he said. His works, the emblematic masterpieces of the world's music art, became the measure of performing skills for every conductor and for any orchestra, and Vladimir Spivakov found his own approach to this daedalean music and made it part of the NPR's permanent repertoire.

“The clue to Mahler's Symphonies lies, in addition to their romantic lyricism, in numerous mundane genres, used by the Austrian master sometimes contrary to good taste, - writes Professor Valentina Kholopova. - Spivakov's ingenious interpretations make this music clear for comprehension, while strictly following the every 'note' in the most complicated scores ... Spivakov spiced them with both a truly Viennese charm and a true romance of love... in addition to the philosophical concepts, he divulged the composer's love revelations so vividly, as if he had always borne them in himself.”