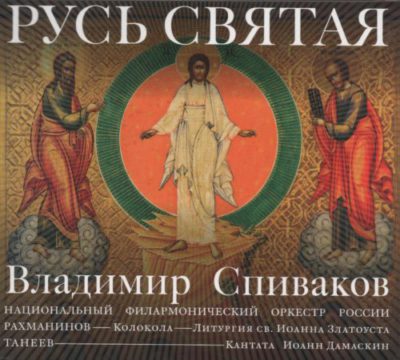 The Rachmaninoff Days arranged by the Moscow Philharmonic Society to celebrate the 145th Anniversary of the composer's birth will end on April 24, 2018, by the concert of the National Philharmonic Orchestra of Russia at the Great Hall of the Moscow Conservatoire. Under Vladimir Spivakov's baton there will be performed works by Rachmaninoff and Taneyev.

The “Holy Russia” program is particularly important for the NPR's Artistic Director. Since the very first seasons, the Maestro and his Orchestra made it a rule to play Russian music in all its varieties. In the post-Soviet era, the scope of works by Russian composers performed narrowed crucially, and today the NPR sees its special mission in reviving interest in the cultural heritage of the country. “Performing works of our great compatriots, we serve for the country, for its esteem and image," says Vladimir Spivakov. - Our culture cannot be comprehended without Rachmaninoff, Tchaikovsky, Stravinsky, Prokofiev, Shostakovich, Schnittke, Gubaidulina. Russia can and should be proud of their names. All our magnificent music must be known as the Gospel!”

Rachmaninoff is for Vladimir Spivakov one of the most beloved and significant composers, a “guiding star”. “In his times he was underestimated as a composer, not appreciated as a conductor, regarded only as an outstanding pianist,” says the Maestro. “Today, gradually, we are coming to understand that Rachmaninoff 's is a mysterious universe filled with grandeur and endless secrets yet to be revealed to people.”

The key works from the April 24 concert - “The Bells” by Rachmaninoff and “St. John of Damascus” by Taneyev - have been recently recorded by Spivakov and the NPR. Released in March 2017, the album entitled “Holy Russia” is available for listening in the “Audio” Section . The recording was made at the Moscow Performing Arts Centre in 2015-2016 with the assistance of Philipp Nedel's b-sharp Studio and edited under the Spivakov Sound label.