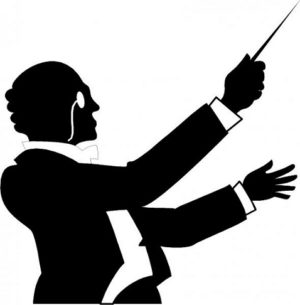 On May 26 the Tchaikovsky Concert Hall will host the National Philharmonic Orchestra of Russia within the framework of the Moscow Philharmonic Society's New Project “Mom, I Am a Melomaniac”. These are late night (beginning at 23.00) and short (an hour without intermission) concerts with the participation of top Russian orchestras and famous soloists. The program of each concert is defined by the audience's vote.

The May 26 night will feature the members of the NPR's restored Conductor-Training Group: Arsenty Tkachenko, Arif Dadashev, Sergei Akimov, Dmitry Matvienko, Pyotr Gladysh and Alexander Humala. It is worth noting that the Conductor-Training Group of the National Philharmonic Orchestra of Russia in its renewed formation began its work in January 2018 led by Alexander Solovyev: the Group members have attended the Orchestra's rehearsals and had classes in a professional club format. The concert on May 26 will be the first “summary” performance of the interns.

The concert will be preceded by Yaroslav Timofeev's lecture presenting the musical works to be performed.