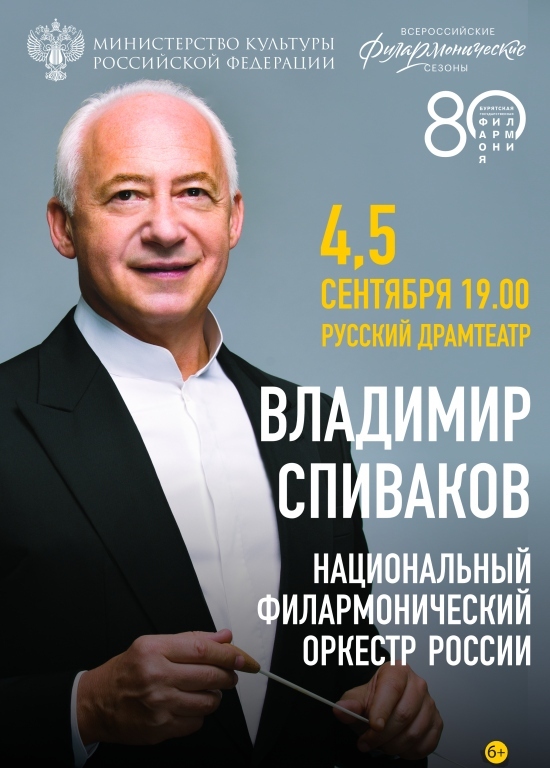 Vladimir Spivakov first visited Buryatia in 1985, when he played in the Concert Hall of the Ulan-Ude Musical College. In 2013 the Maestro came again to the capital of Buryatia, and from this time his cooperation with the Buryat Philharmonic Society (BPS) has began. Under his baton the Moscow Virtuosi opened the 76th Concert Season of the BSP. The same year marked the beginning of the collaboration between the Philharmonic Society and the Vladimir Spivakov International Charity Foundation, while in January 2014 young pianist Tumen Dashiev became the only Buryatia representative who received the Foundation's scholarship.
Vladimir Spivakov first performed with the NPR in Buryatia on September 25, 2014, opening the 77th Philharmonic Season in Ulan-Ude. The opera gala which took place as part of the “Vladimir Spivakov Invites ...” Festival featured also Vasily Laduk (baritone) and Pavel Chervinsky (bass), whereas cellist Anastasia Kobekina played as the soloist in the symphony concert on the second day of the Festival, on September 26.