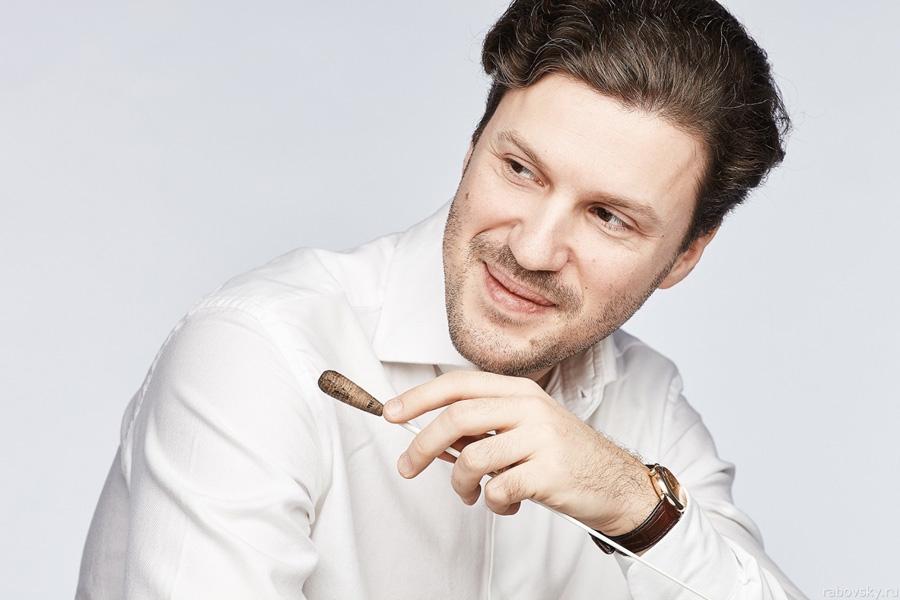 Charismatic Russian conductor Stanislav Kochanovsky, whom the Europen media acclaim as “one of the main figures on the musical landscape in the near future”, will give his only concert in Moscow on October 17. He will perform with the National Philharmonic Orchestra of Russia as part of the NPR's Subscription Series at the Tchaikovsky Concert Hall.

Kochanovsky is described as “a real phenomenon, amazing and genuinely modern in his perception of music and style.” The Conductor's international career is fastly growing both in the symphonic and the operatic repertoires. In the summer of 2017, he made his debut at the Verbier Festival with the opera Eugene Onegin by Tchaikovsky, and a year later he produced Verdi's Rigoletto there. After his successful performance with the Royal Concertgebouw Orchestra (Amsterdam) last September, in the new season Kochanovski is making his debuts with the Philharmonic Orchestras of Oslo and Birmingham, the Royal Stockholm Philharmonic Orchestra, the Orchestre de Paris and other world-famous collectives. The Maestro has been collaborating with the NPR for several years, each time offering most extraordinary programs.

The program of the concert on October 17 with pianist Philipp Kopachevsky as soloist follows the same vein. The winner of many international competitions, Kopachevsky has won particular popularity in Japan, where he recorded a Chopin Album commissioned by NHK. Critics give him the highest grades: “From the first notes he plays, you sense the pianist’s powerful and lyrical individuality. His piano sings – this is a very rare quality nowadays, typical of a Romantic worldview; he retains clarity in his pianism and his phrasing is beautiful and pliant... ”

Philip Kopachevsky will perform the solo part in the dramatic First Piano Concerto by Nikolai Medtner (a “Russian Brahms”), written during the First World War and reflecting the author’s impressions of terrible wartime traumas.

The concert will begin with an absolute repertory rarity - “Silence” an expressive symphonic poem by Nikolai Myaskovsky, based on Edgar Poe's fable of the same name, written by the young composer at the beginning of his creative career. The author called his work “an orchestral fairy tale with no light notes — only darkness and horror...”.

Closing the concert, Stanislav Kochanovsky will conduct Rachmaninoff’s Third Symphony, the last of the composer’s Symphonies, the embodiment of his nostalgic thoughts about Russia left behind and about himself separated from his motherland. It is not by chance that this famous work is called the “Symphony of Memories”.