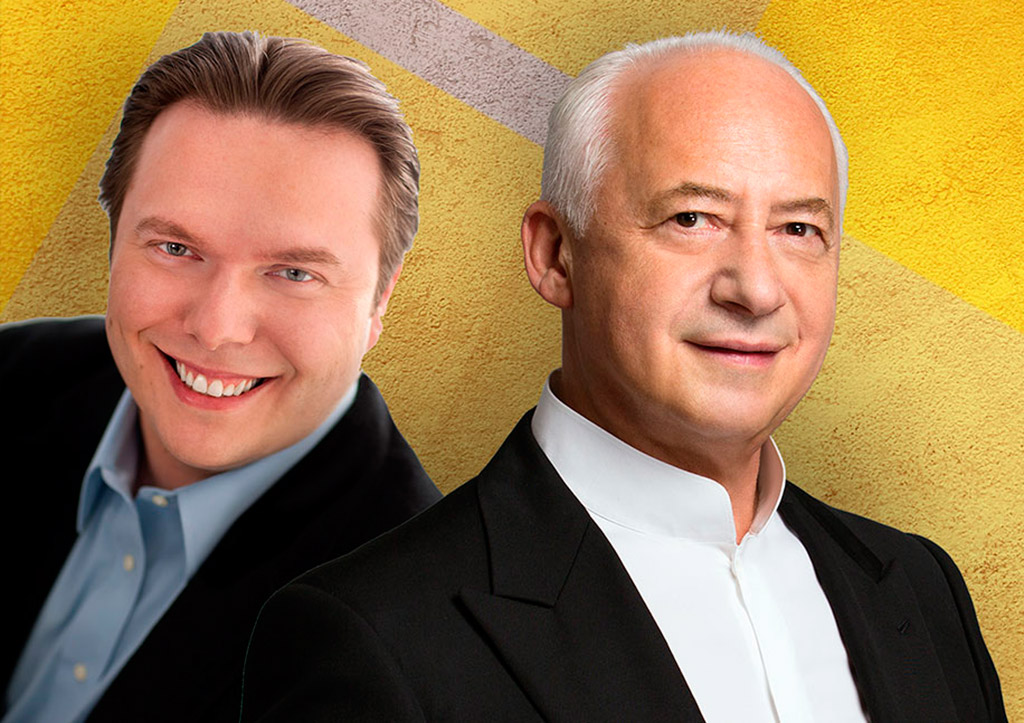 December 16, 2018 | Svetlanov Hall of the MIPAC
To the 100th Birthday Anniversary of A. I. Solzhenitsyn
The Academic Grand Choir “Masters of Choral Singing”
Artistic Director and Chief Conductor - Lev Kontorovich
The National Philharmonic Orchestra of Russia
Soloist – Ignat Solzhenitsyn, piano (USA)
Conductor – Vladimir Spivakov
Falik. “A Prayer for Russia” to the text by A. Solzhenitsyn
Beethoven. Concerto No. 2 for piano and orchestra in B-flat major, Op.19
Shostakovich. Symphony No. 5 in D minor, Op. 47

December 11, 2018 is the day of the 100th birth anniversary of the world-famous Russian writer, publicist, playwright, public and political figure, Nobel Prize winner Alexander Solzhenitsyn. The jubilee is celebrated at the All-Russian level, while the Organizing Committee unites prominent statesmen and representatives of culture and art, including Vladimir Spivakov. Like Solzhenitsyn in his time, Spivakov was awarded the State Prize of Russia “for outstanding achievements in the field of humanitarian activity” in 2012.

The Maestro called the “centenary of the birth of the immense writer, thinker and citizen Alexander Solzhenitsyn” one of the most important dates of this year. “Everyone reads his great works, but such masters often have small forms that also matter, - Spivakov says. - I don’t think that many people know his short, but topical work, which goes deeply to one's heart - 'A Prayer for Russia'. I highly recommend reading it.”

“The Prayer”, part of the “Miniatures” (1963), served as the basis for one of the latest works by Petersburg composer Yuri Falik. On December 16, it will be performed at the Svetlanov Hall of the Moscow Performing Arts Centre by the “Masters of Choral Singing”, opening the program dedicated to Alexander Solzhenitsyn's centennial. The writer's son Ignat Solzhenitsyn, the world-famous pianist and conductor, the Head of the Chamber Orchestra of Philadelphia, professor at the Curtis Institute of Music, will take part in the concert. He will be the soloist in Beethoven's Second Piano Concerto. The press writes that “...he reminds one of Gilels: an imposing power and, in great contrast, profound emotion and great delicacy”.

In Part 2, Vladimir Spivakov will present his signature rendition of Shostakovich's Fifth Symphony, which is, according to the Maestro, the “immortal monument of the era” - the same era that Solzhenitsyn wrote about. “Dmitri Dmitriyevich Shostakovich perceived the tragedy of the epoch as his own personal tragedy, - Spivakov says. - It gave his music breathtaking might. Shostakovich felt himself responsible for his time... Only very few conceive their accountability, the poignant sense of guilt ... They become the forerunners of truth and the chroniclers of their time.”