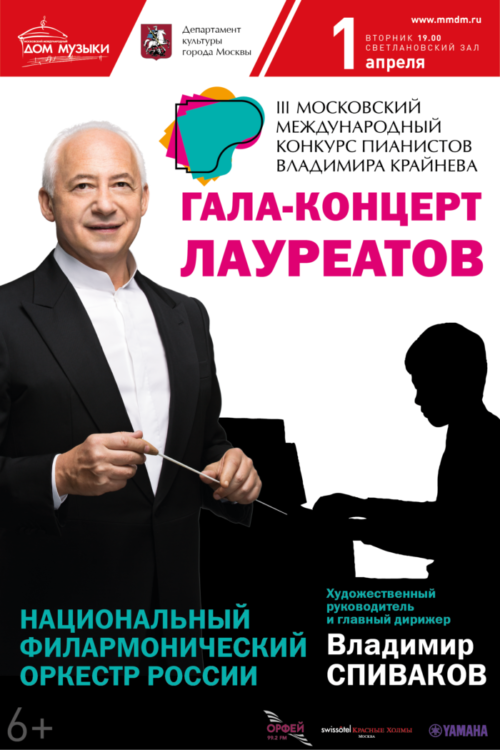 The 3rd Vladimir Krainev Moscow International Piano Competition will be held at the Moscow International Performing Arts Center from March 26 to April 1, 2019. The Awards Ceremony and the Gala Concert of the winners will traditionally take place in the Svetlanov Hall with the participation of the National Philharmonic Orchestra of Russia conducted by Vladimir Spivakov on April 1, e.i. Vladimir Krainev's birthday.

The applications for the 3rd Competition were submitted by 204 musicians from 33 countries. The preliminary open auditions were carried out from December 5, 2018 to February 7, 2019 in well-known concert halls and educational institutions of the world. The International Selection Board, headed by Alexander Romanovsky, chose 24 semifinalists who will come to Moscow for further participation in the Competition. They are young pianists from Russia, Japan, the United Kingdom, Bulgaria, Belarus, China, Slovakia, South and North Korea.