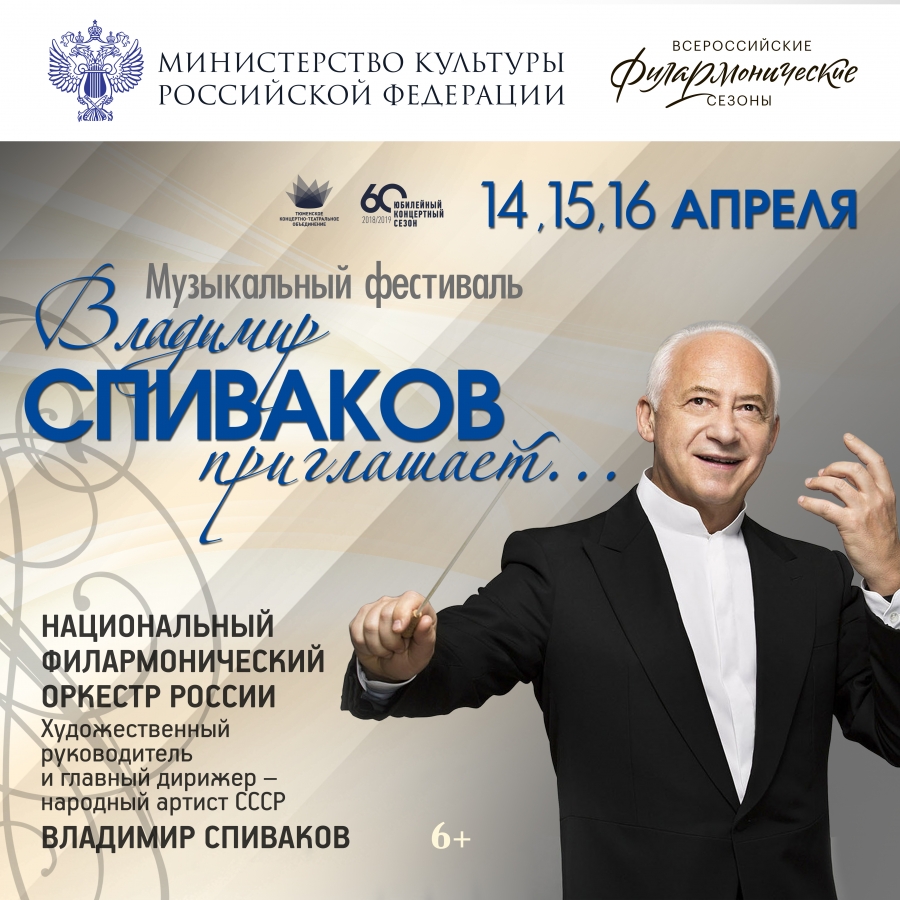 This year, the National Philharmonic Orchestra of Russia led by Vladimir Spivakov will become again the main participant of the Festival programs. Tyumen admirers of the musical art will also hear the Stradivarius violin played by the Maestro. At the Festival opening, Vladimir Spivakov together with the NPR's soloists Pyotr Gladysh (cello) and Zoya Abolits (piano) will perform chamber works by Schubert, Brahms and Shostakovich.

“This year the Festival opens with a concert at the Organ Hall,” - said Andrei Chuvashov, the Director of the Tyumen Philharmonic Society. - Nowadays, Vladimir Teodorovich rarely takes the violin to perform a recital. Tyumen citizens are very lucky: they will have a rare opportunity to experience the Maestro's legendary charm.” Nadezhda Kovalenko, the Deputy Director of the Tyumen Philharmonic Society, joined in: “Vladimir Spivakov is an artist of a tremendous appeal. The fact that the Festival opens with such a concert is a great honor for Tyumen.”

On the Festival's second day, April 15, the Yuri Gulyaev Philharmonic Hall will host a gala concert with the participation of Polina Shamaeva (mezzo-soprano), the soloist of the E.V. Kolobov Moscow “Novaya Opera” Theatre and the Hungarian State Opera, the winner of the Big Opera TV Show. The program includes arias from operas by French composers and Tchaikovsky's “Swan Lake” Suite.

On April 16, the NPR will present young pianist Ivan Bessonov, a recent winner of such contests as the Astana Riano Passion, the F. Chopin Competition in St. Petersburg, the Blue Bird Competition and the XIX International Eurovision Young Musicians Contest in Edinburgh. The program of the final concert is dedicated to Tchaikovsky's work.