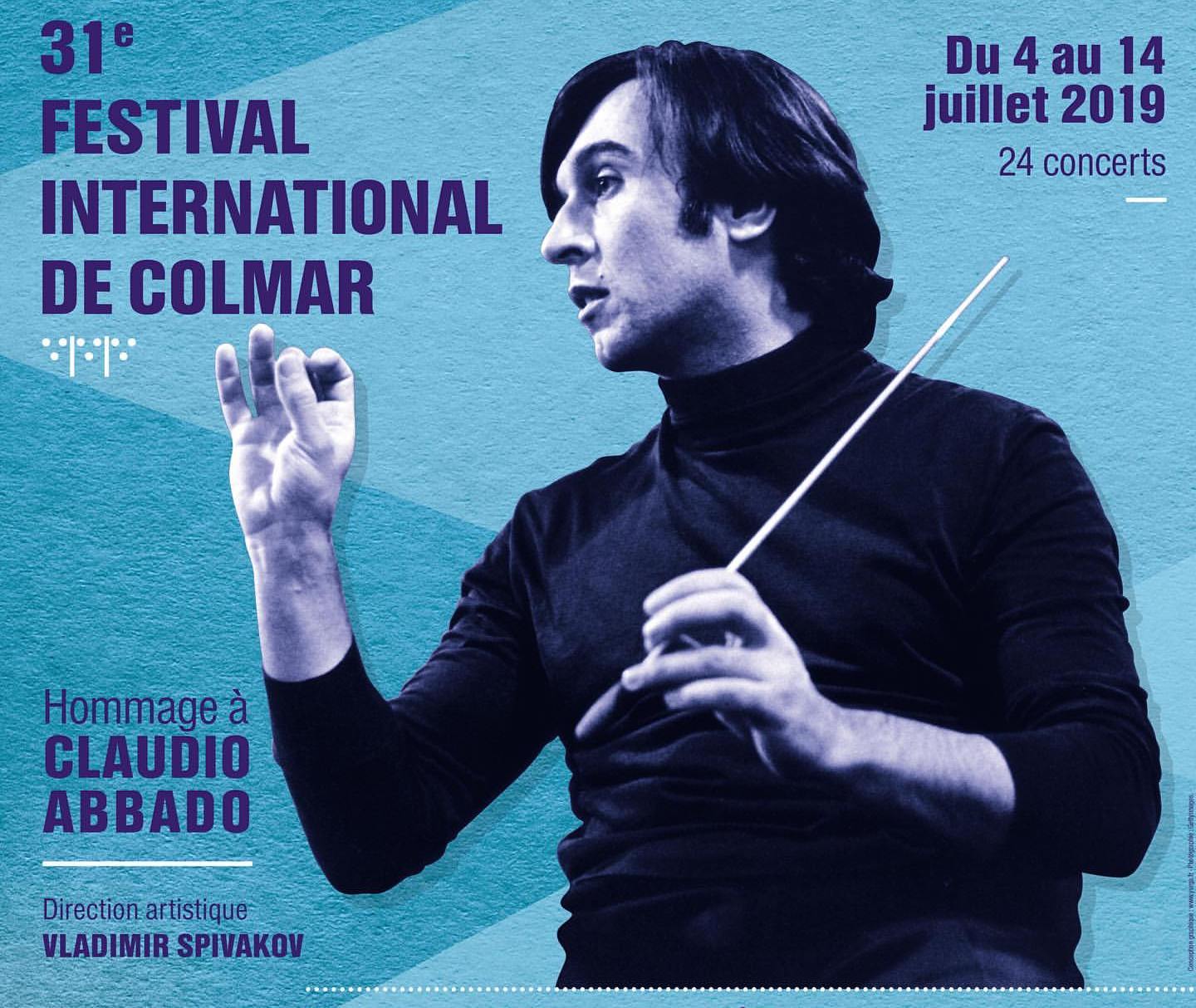 The 31 edition of the International Music Festival in Colmar (France) will take place from July 4 to July 14, 2019. This year the feast of music in Alsace is dedicated to the memory of the great Italian conductor Claudio Abbado  (1933–2014). The main events are scheduled again to occur at the Église Saint-Matthieu, and the National Philharmonic Orchestra of Russia will take part in  many of them as usual.

Vladimir Spivakov, the Artistic Director and an invariable participant of the Colmar Festival, and Hubert Niess, the Festival Director, have decided to pay homage to Claudio Abbado by choosing the works, dear to the Maestro's heart, and the artists who had had close contacts with him. Among them there are Renaud Capuçon, once the first violin of the Gustav Mahler Youth Orchestra, founded by Abbado, Emmanuel Pahud, the flute of the Berlin Philharmonic Orchestra directed by Abbado for many years, and Viktoria Mullova, the Maestro's former wife who will play with the National Philharmonic Orchestra of Russia and take part in a recital with their son Misha Mullov-Abbado, a jazz double bassist.

For Vladimir Spivakov Claudio Abbado has been one of the great masters with whom he had played many a time as a soloist and hence gained a huge professional experience which later helped him immensely in becoming a conductor.

An encyclopedic mind and a musician open to each and every style, Claudio Abbado remains, five years after his death, a source of inspiration for all musicians.

He was characterised by the spirit of sharing from an early age: in Vienna, where hзe completed his training, he not only took orchestral conducting lessons but also took piano lessons, performed chamber music and participated as a chorister in numerous concerts with the Vienna Philharmonic, gaining an inside view of orchestra conducting under the baton of the greatest names of the era: Josef Krips, Bruno Walter, Herbert von Karajan… In 1958, he won the Koussevitszky Competition in the USA, which opened a host of doors for him, including at La Scala, where he began his career in 1960. He won over Bernstein (who made him his assistant at the New York Orchestra in 1963) and then Karajan, who invited him to the Salzburg Festival... His next success was in 1968, when La Scala appointed him Head Conductor and then Musical Director. He was to stay at La Scala until 1986, during which time he revolutionized this temple of lyric art, opening its repertoire in all directions.

When he left La Scala, it was to become Musical Director of the Vienna Opera! He was tireless at building bridges and founded several youth orchestras in order to promote intercultural exchanges and break down barriers (European Union Youth Orchestra, Gustav Mahler Youth Orchestra, etc.). To crown this already exceptional career, he took over the Berlin Philharmonic Orchestra on the death of Karajan.

Abbado headed the Berlin Philharmonic Orchestra till 2002 and stopped his concert activities after 2008. His accomplishments in the music art had been accoladed by numerous prestigious awards. In the 2010 poll of the BBC Music Magazine Abbado was the third on the list of the 20 greatest conductors of all times.